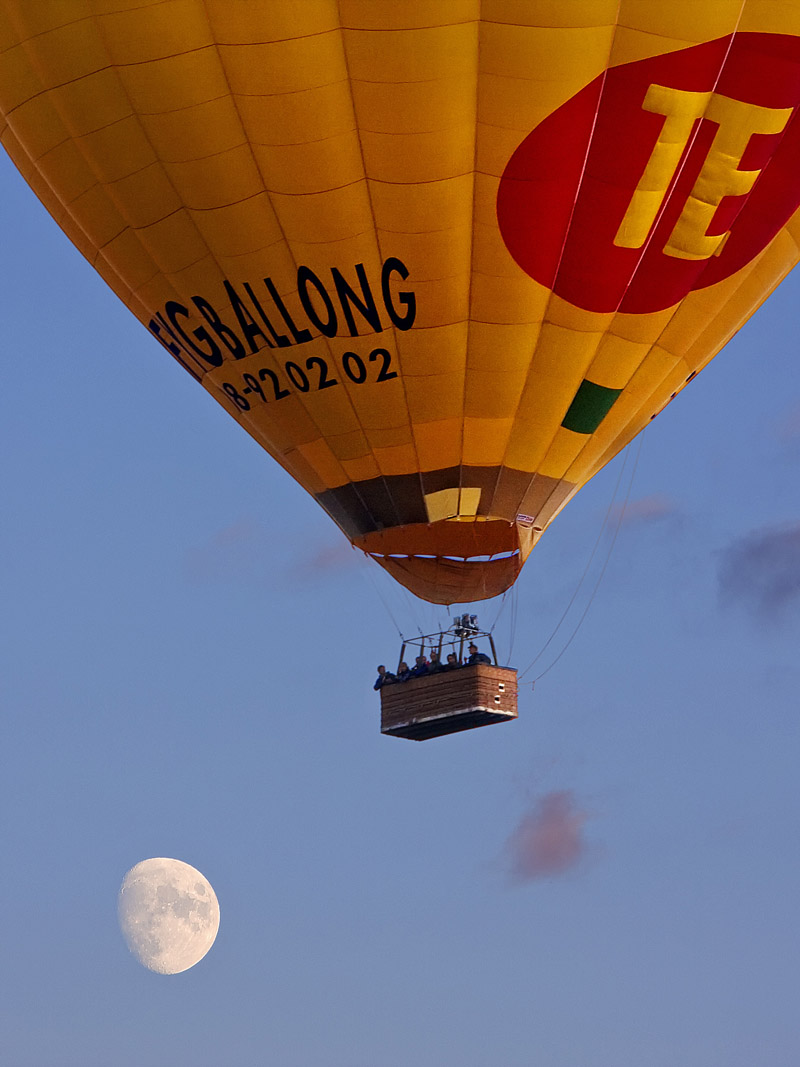 Gonsales reached the Moon in a basket carried by geese. Baron von Munchausen used a sailing shipfor his attempt. And more geese are currently in training for their upcoming Moon voyage. Here is documentation of a less well known effort that tragically failed, having overshot the Moon. The six person crew - including the first woman to attempt a Moon mission - frantically looks down towards Earth for help that can not come. Apparently their balloon contained too much gas, and even their emergency releases of some - pink cloud - could not bring them down to the level of the Moon. When last seen they had just passed Neptune and were hoping to reach Pluto before New Horizons.


Yesterday's LPOD: What is the Best Lunar Telescope?