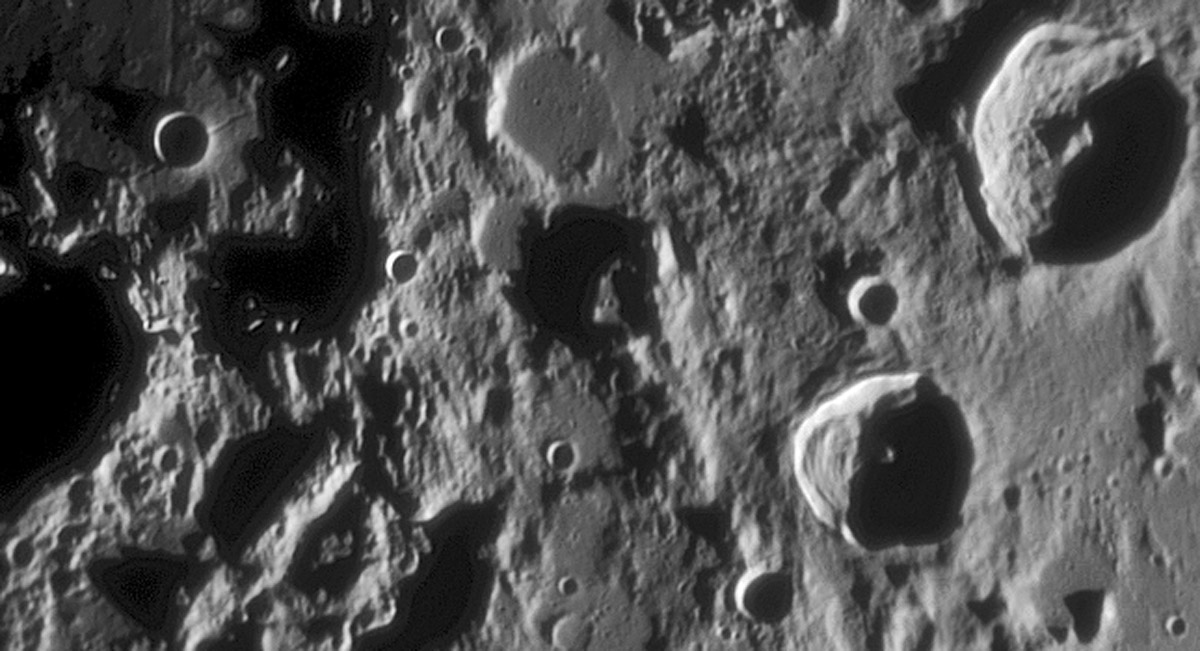 It isn't fair to enlarge an image to nearly twice its original size, but Mike's holds up quite well and reveals a tiara of lights and other fascinations. The two large craters at right are Agrippa and Godin, with a massive crumpled slide enlarging its western wall. The unnamed ridged plateau near the center of the image casts a deep shadow to the west, pointing towards another broad shadowed area containing an arc of four bright spots, like gems on a tiara. The big shadowed crater at bottom left is Rhaeticus and its B is the small bright crater on the edge of the tiara ridge. What causes the gems? Apparently they are the rims of two small craters, Rhaeticus D and G. Less picturesque but more interesting geologically are the massive ridged plateau and two other significant ridges at bottom left. On the Moon nearly all isolated mountains and ridges are rim pieces from an ancient basin or crater, but I don't know what these mountains relate to, do you?


Yesterday's LPOD: A Corner of Decay

Tomorrow's LPOD: A Hill of Speculations