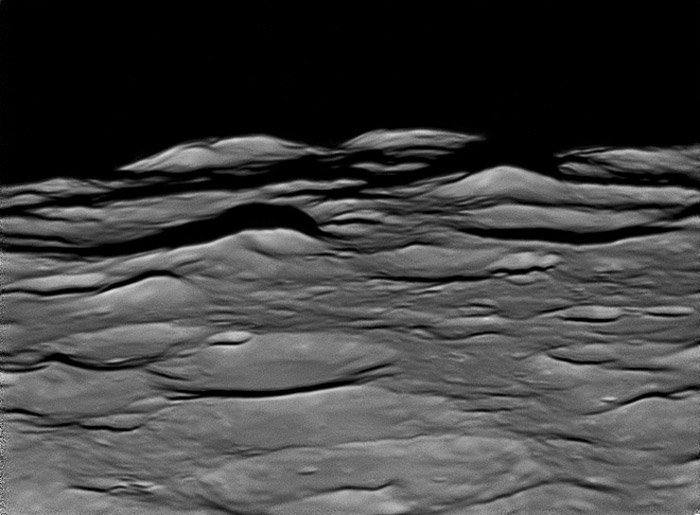 There used to be a range of mountains called the Leibnitz Mountains. But somewhere along the way (actually a 1971 IAU meeting run by a solar astronomer with no regard for the history of lunar studies) that designation was lost because of uncertainy of what exactly it refered to. Leo has labelled his excellent image of part of the South Polar region Leibnitz Mountains, and they may be. Jim Mosher has made a careful investigation of what Schröter meant when he gave that name, but various later selenographers confused the issue, perhaps especially Miss. Mary Blagg, whose heart and intent were good, but whose draught(wo)manship of the 1935 IAU map was poor. So I am not going to say these are the Leibnitz, nor which ones they might be, because I have erred in past LPODs. So, as infuriating math textbooks used to state, It is left as an exercise for the student to solve this problem. In fact, it would be a valuable contribution to pin down which peak is which, following Schröter or Whitaker, using the LRO south polar mosaic. This is of more than historical interest because these peaks are presumably segments of the outer rim of the South Pole-Aitken Basin, and it would be useful to map in detail where that rim is.