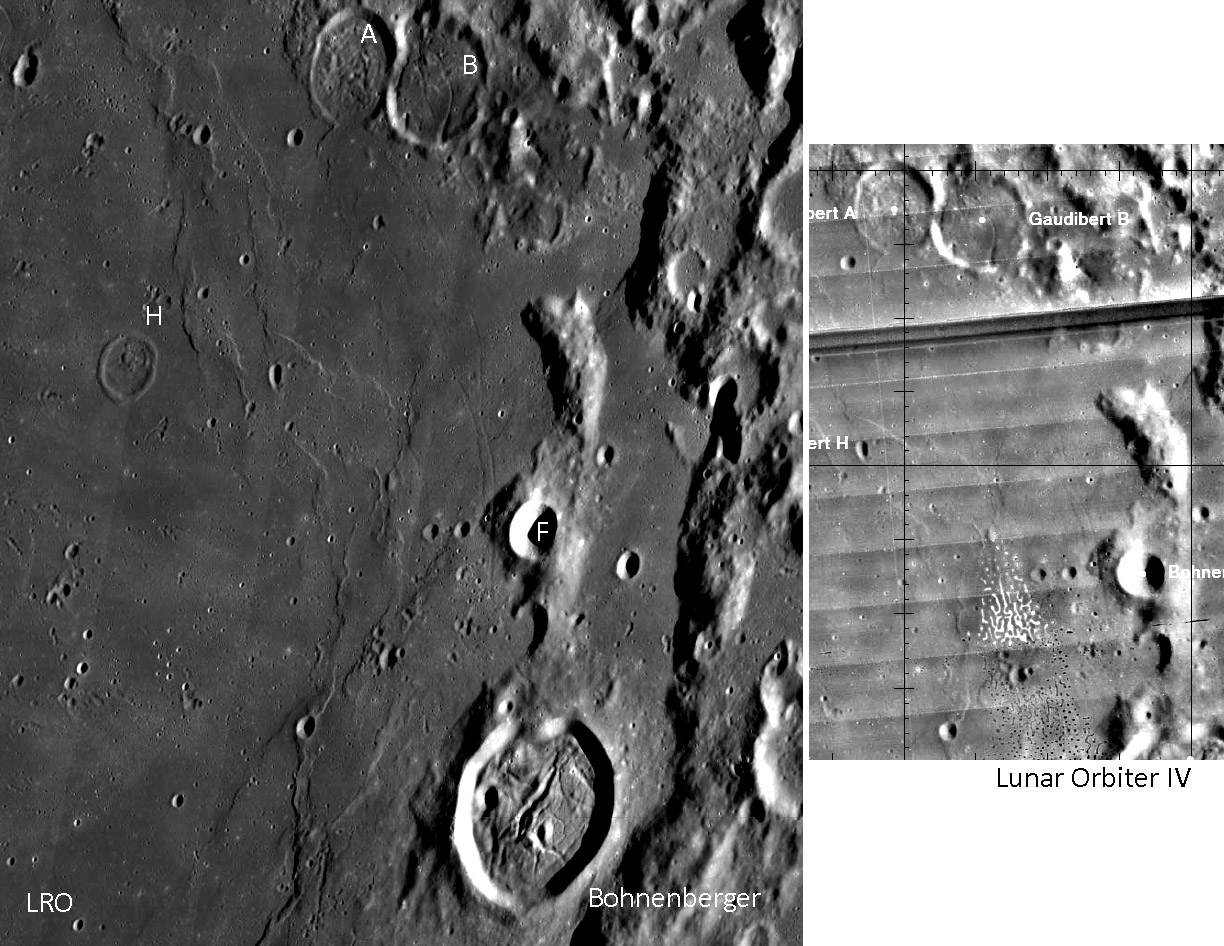 What? You don't know of the Nectaris Rilles? Nectaris has no obvious concentric rilles (nor any other kind except on crater floors), and the explanation has been that Mare Nectaris is too thin to depress the basin floor, which causes the fracturing near the edges that make the concentric rilles. Humorum has broad ones, and Tranquillitatis' are narrow and just imageble. But if you look at the Clementine image of Nectaris no rilles are seen, and Lunar Orbiter IV barely shows two faint rilles just west of Bohnenberger F. Now, the new LRO WAC mosaic of the Moon's Earth-facing hemisphere reveals that the rilles are very much real and continue northward around the mare edge nearly to Gaudibert B. I couldn't detect them any where else around Mare Nectaris, so these may be all that formed or others were covered by later deposits. These concentric rilles show that the load of mare basalts was sufficient to cause the center of the basin to subside enough to make these very delicate cracks.
Chuck Wood