Difference between revisions of "February 19, 2019"

Mystery Peaks of the Moon 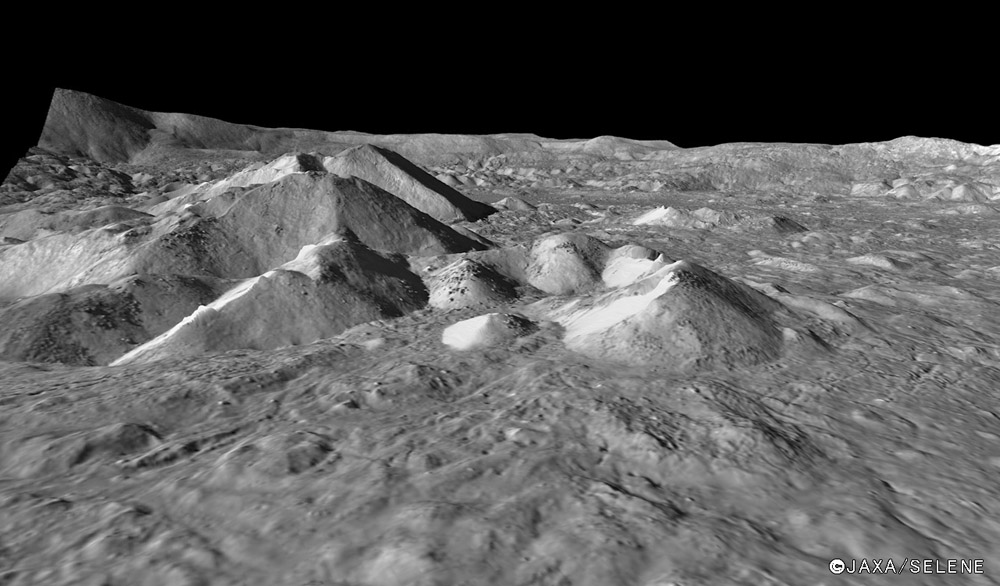 This is a great picture of somewhere, but I don't where. The Kaguya science team continues its helpful practice (to the image-strapped LPOD editor, at least) of releasing periodic renditions of Terrain Camera images draped over a high resolution digital elevation model. This low oblique view of central peaks is somewhat atypical because the floor of the crater is fairly rough, rather than being smoothed, as at Tycho. The smoothness of many crater floors is due to their veneering by tens to hundreds of meters of impact melt. But they usually look different than this very lumpy terrain. The presence of cracks at right center is suggestive that this could be impact melt also, but I don't know why it is so rough. Of course, seeing the entire crater floor would give more perspective. For example, is this landslide debris that has cascaded down the crater rim and rolled across the floor to the peaks? On the farside of the peaks there appears to be some smooth dark mare material, which might help identify this location. If someone reads Japanese the figure caption probably locates the scene; but maybe you know the Moon better than me and can recognize the scene.


Yesterday's LPOD: The Tyranny of an Orbit