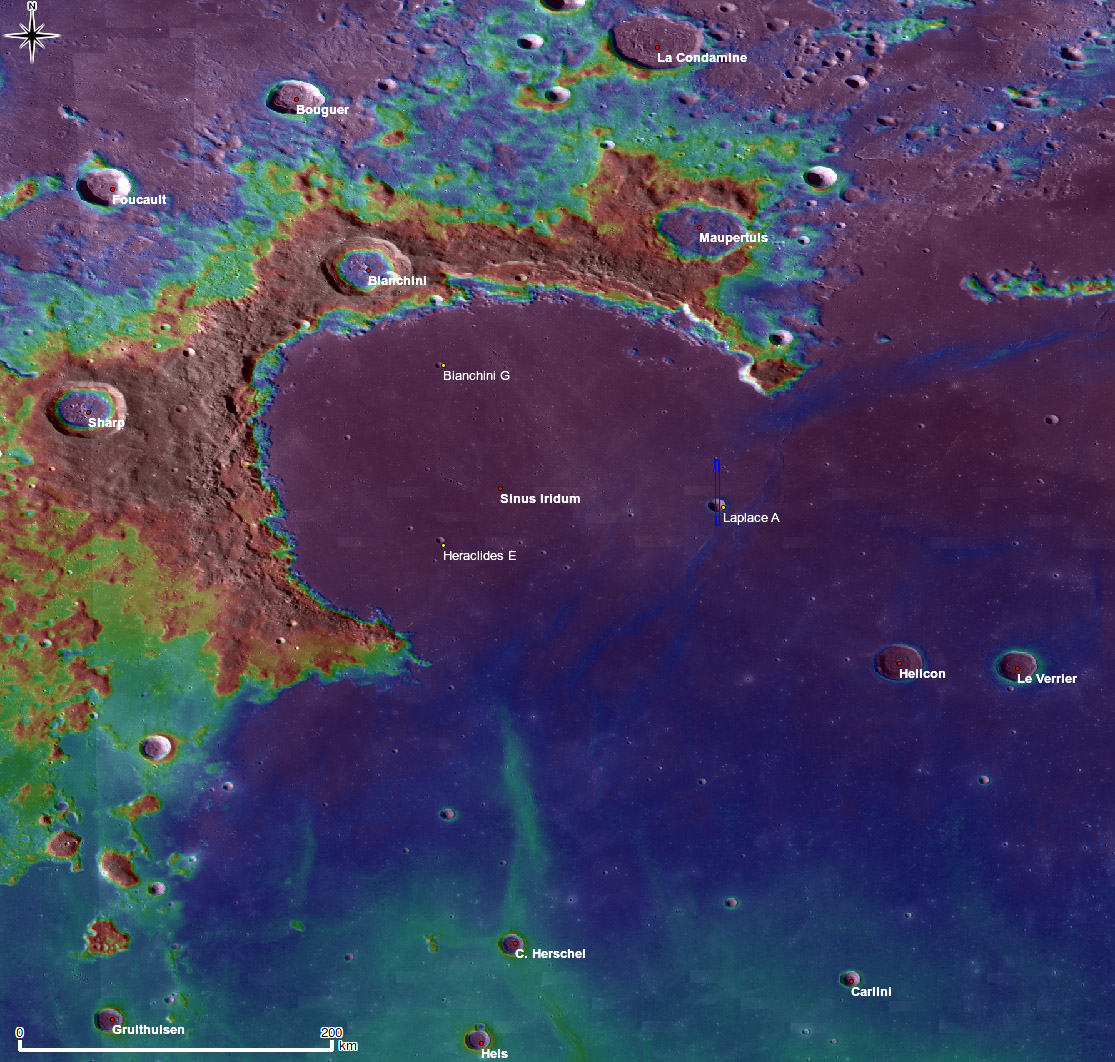 I read somewhere recently that the LOLA altimeter on LRO has acquired more than 6 billion measurements of the lunar surface. That number - or whatever the actual one is - is so enormous that it will be possible to generate topographic images that show small scale topography. But there is a second way to also produce a high density of elevation measurements, an old-fashioned way. German Aerospace Center scientists use overlapping LRO Wide Angle Camera images to generate stereo models of topography. It used to be that analysts would individually match thousands of points in stereo images and use the offset due to the two perspectives to calculate elevations. Now computers automatically do the mind-numbing matching, working faster and building larger digital elevation models (DEM). On this image map the tendrils of blue in front of Sinus Iridum aren't crater rays, but low mare ridges. No color bar was included with this image to show the elevations associated with each color, but the ridges are probably less than 100 m high. With the LOLA altimeter continuing to collect measurements and the German stereo machines keep operating we will soon have two independent high resolution topographic maps of the Moon. About time.


Yesterday's LPOD: Back To the Drawing Board