Picture of the Year 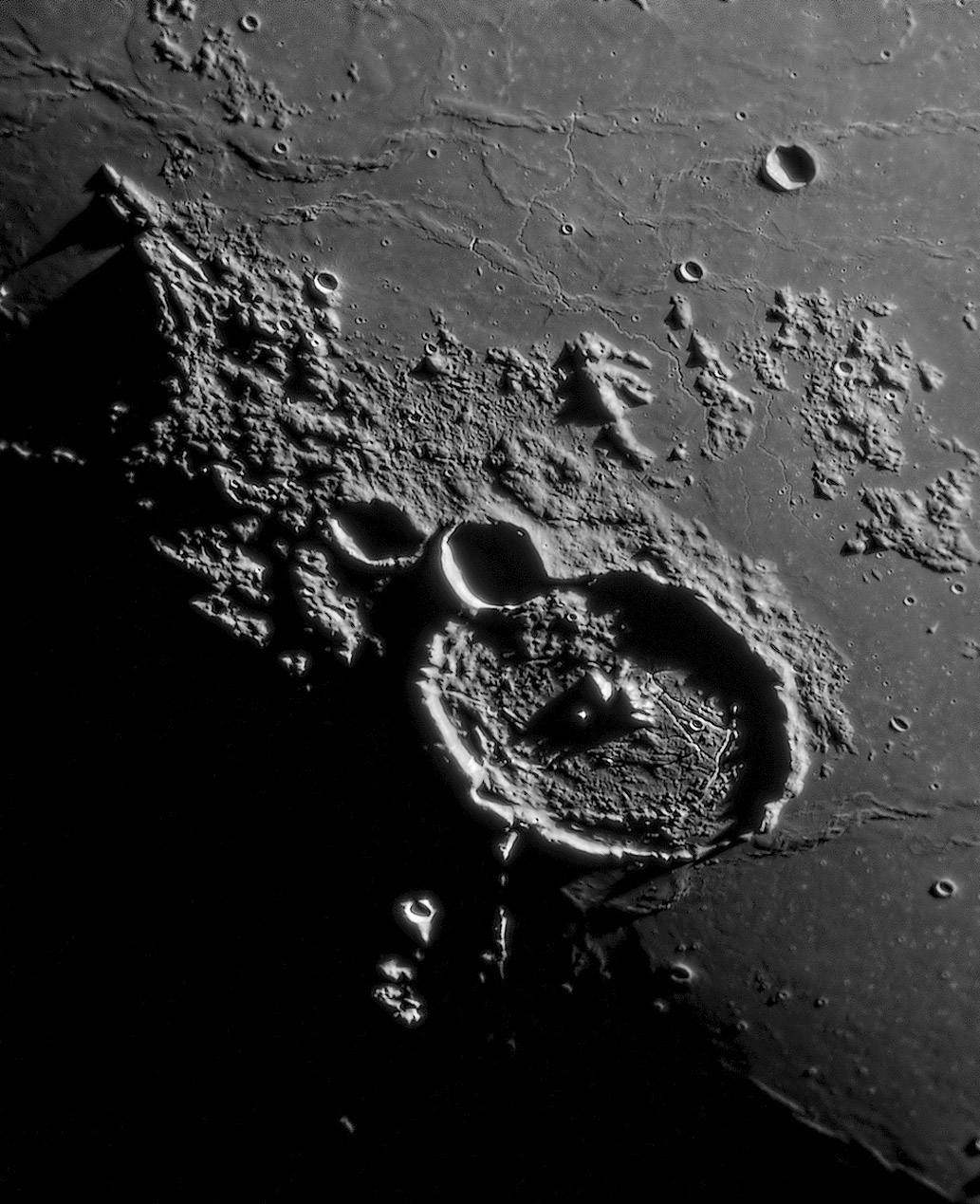 Is it too early to declare the best image of 2013? This must be a major contender if not the outright champion. Besides being remarkably dramatic, Mike's image shows features that I've never seen on telescopic views of this area, and many features invite careful study, in fact, I invite you to enlarge this image just to see everything (on a Mac click Apple +). Start near top center where the two vents of the Herigonius Rilles are visible as is the juncture where they come together or cross or ? The location of the vents on the Ewing Mare Ridge encourages the speculation that magma rose up the ridge fault - mare ridges are believe to be a low angle thrust faults - and rapidly erupted onto the surface, creating channels that self-transported lavas through the Pillars (my informal name for the ridges that straddle the lavaway between southern Procellarum and the entrance to Mare Humorum). If magma escaped some mare ridges apparently at others it was trapped and lifted the surface as mare swells - follow the Ewing Ridge to the west where the near grazing illumination picks up the low protuberances. While at the upper left, admire the v-shaped window of light as the Sun's first rays pass through a break in Letronne's east rim. The odd, puffy circle of hills just north of Gassendi is depicted quite well. Is this an old crater that Gassendi ejecta stuck to and mounded around? Or is this cross between a lobster claw and the Michelin Man just an odd pile up of ejecta, anchored by nothing? Skipping over many other interesting features look finally at the mare just south of Gassendi's low southern rim. Subtle shadows define the edges of the last lava flows emplaced at this end of Mare Humorum. Amazing.


Yesterday's LPOD: A 1689 Swedish Book On the Moon