Difference between revisions of "September 2, 2010" 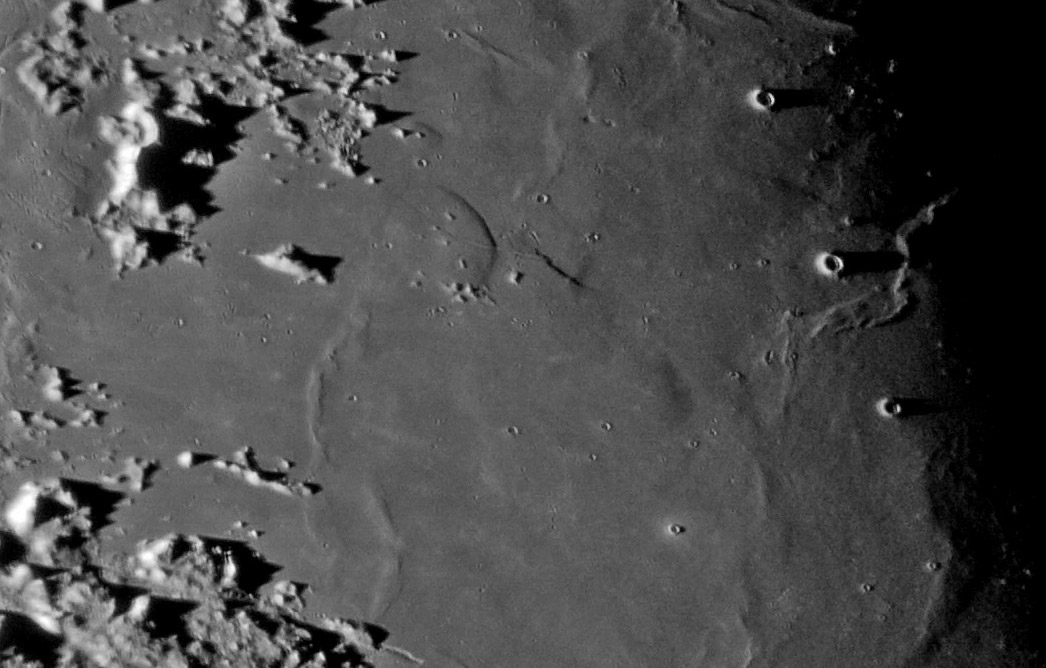 Moto has captured an amazing image. This is a full resolution excerpt of about a fourth of the entire frame. Above the center is the recently seen Valentine Dome with the rille that cuts it easily visible. More evidence of excellent seeing and sharp imaging is the beautiful depiction of Linné near bottom right. Linné and the Valentine Dome have been captured before but almost always in small field of view shots. This LPOD is a piece of a single sharp frame that covers a huge area, from Alexander to Menelaus, with a dozen or so rilles beautifully shown. And the low illumination reveals mare undulations that raise a question about what the largest dome on the Moon is. The Valentine Dome, at about 30 diameter, is one of the largest cataloged. But look north east of it to a more circular elevated area about 100 km across. This broad feature has a well defined change of slope on the terminator side and in the part nearest the Valentine. Two short segments of mare ridges help define its western boundary. This feature would be considered a swell, which is a type of very low relief dome caused by a ponding of magma beneath the mare surface that balloons it up slightly.