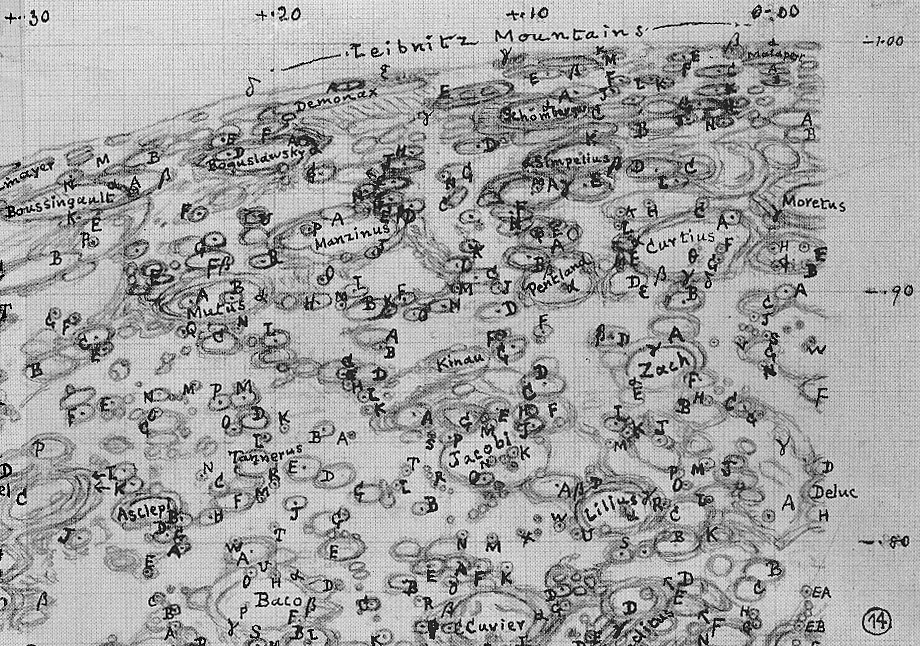 Do you lack basic drafting skills? So did Mary Blagg back in the 1930s, but she penciled the official lunar map for the International Astronomical Union that was the last graphical word on lunar nomenclature until the mid-1960s when the System of Lunar Craters catalog and maps appeared. The System maps were relatively unambiguous, but like any printed map they are long out of date as many changes and additions have been made. Currently (2018 - this is an update!), the easiest nomenclature map to use is at QuickMap.