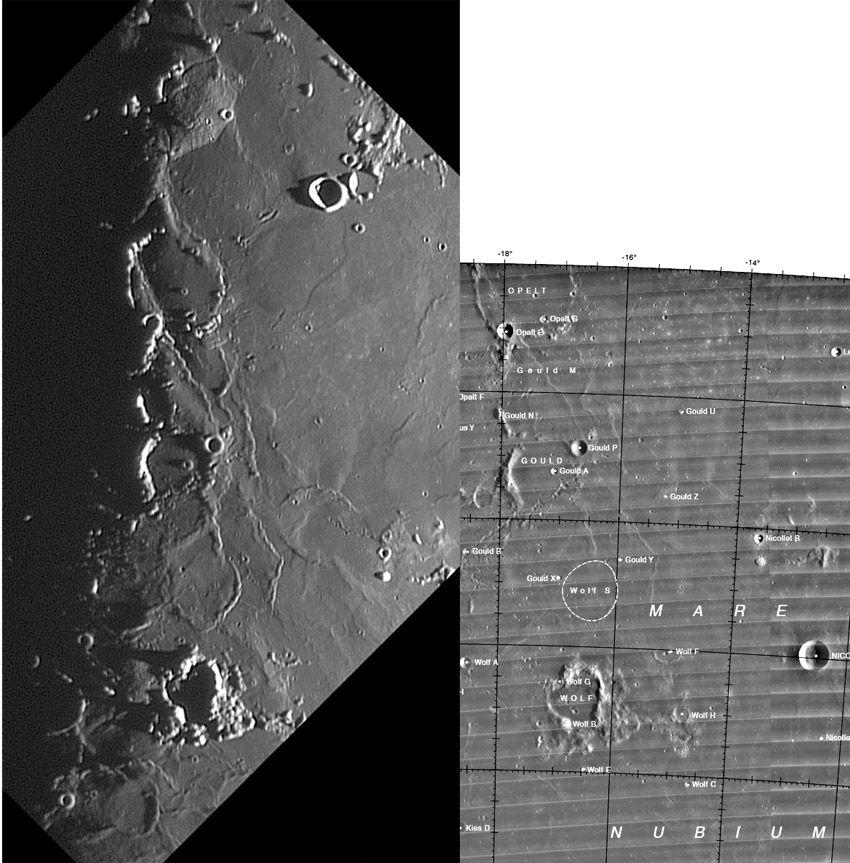 Recently I have been writing a lot of descriptions of images - the reason why will become apparent in about 6 months - and have needed an accurate reference for nomenclature, direction, and scale. Not being able to use LTVT on my Mac I have been referring to the USGS Gazetteer of Planetary Nomenclature. As an example, here is a direct comparison of Simon's Christmas night image of the line of ruined craters in Mare Nubium with the LAC 94 sheet of the GPN. The low lighting of Simon's view naturally reveals many mare ridges that are less visible in the Lunar Orbiter based LAC. Multiple lighting images could be used to improve interpretation, for example, it appears that the dashed circle for Wolf S should extend further to the west - at least to the location of Gould X. Simon commented that Opelt is crossed by a depression with a rumpled edge. It continues down through Gould M to Gould P, looking like a broad mare ridge. The most interesting feature on the telescopic image is the abrupt but normally subtle rise at the top; the small crater Opelt K is right on the boundary. At first I thought this was a megadome, but I think it is a kipuka, an elevated piece of earlier terrain surrounded by more recent lava.