A Little Light On the Subject 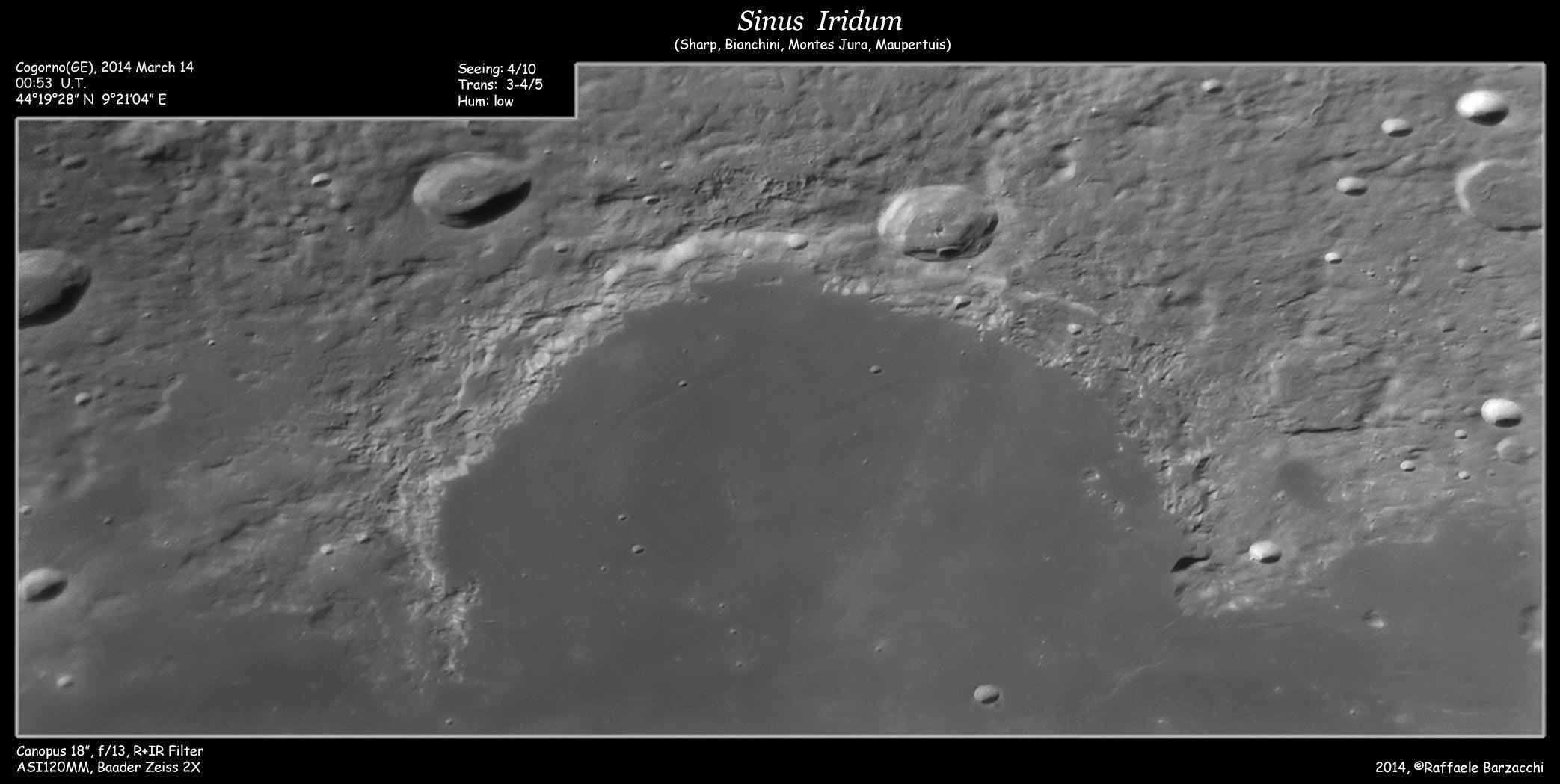 Note by CAW: Yesterday's LPOD of the area around the Jura Mountains was mostly shadow. Here is the region under higher illumination. Raf describes how the image came about:

It is now long ago since I last wrote. But here I am again with a new telescope! I did build a Dobson: the Canopus 18" of the Sumerian Optics. From now on, all of my images will be produced by this telescope. The image here in reality should not even be processed: it is the first light of the telescope and I just wanted to do some testing on the tracking and focal lengths shooting. The seeing was horrendous and I had a lot of problems with the sensor that was full of dust spots that were very evident on the monitor. Also there were many gusts of wind. In short, they were not ideal conditions but, I repeat, I just wanted to do only some tests. I am rather impressed, not so much on the details resolved (easily seen by smaller diameters due to the poor seeing), but the great dynamics that made the image very real indeed. It almost seems to fly over it!


Yesterday's LPOD: Over the Rainbow

Tomorrow's LPOD: Where Oh Where is This?