Less of a Mystery? 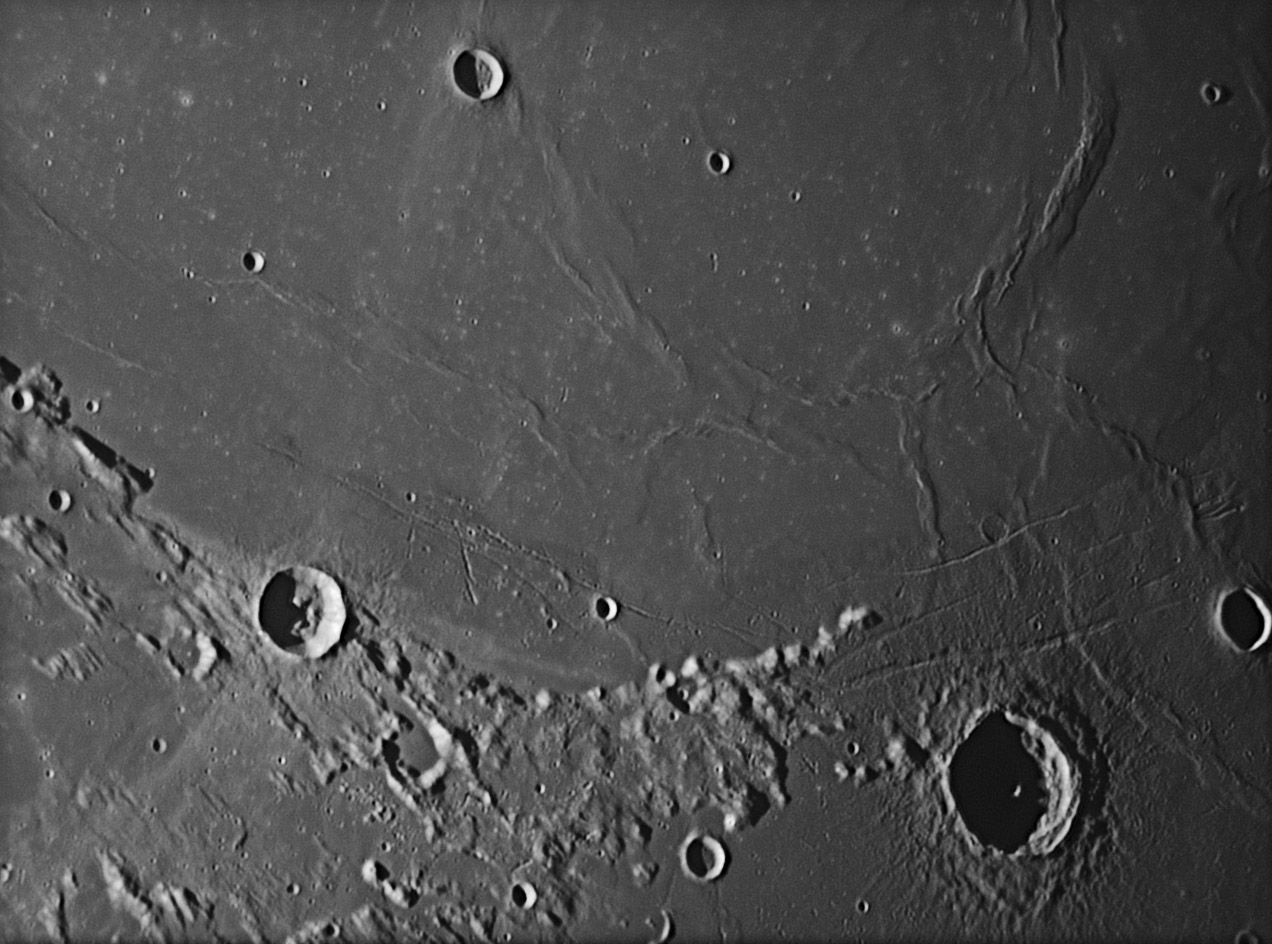 A few days ago LPOD featured a relatively high Sun view of a suspiciously circular feature (SCF) in southern Mare Serenitatis. The question was if the feature (in the center of this image) was a buried impact crater. Bart and a few others have sent images with better illumination. Here is what Bart says: As far as I can tell from my images, part of the "rim" of this ghost crater seems to be formed by a coincidental string of small impact craters, two other parts by ripples in the mare lava. The central "peak" is just a flat white spot (perhaps a couple of craters too small to resolve individually and young enough to have bright ejecta blankets. In all, it's probably more a testament to the human ability to see patterns everywhere than a real ghost crater (a pity, would have been quite cool to find such a large unknown feature on the Moon!) That is the most likely explanation but not the most satisfying. The SCF does break the trend of the shore-following mare ridges, which is consistent with a crater having deformed the direction of the later-formed ridges. LRO's Quick Map shows a small shadow casting feature at the SCF's center which could be a hill that is the unburied top of a central peak. (Or maybe not, there is no NAC image of that area). Finally, there does seem to be a hint of a curved ridge on the west (left) side that completes the rim, and is not part of the main mare ridges. I think Bart's interpretation is probably right, but it would be more interesting if it isn't.