The End of Secrets 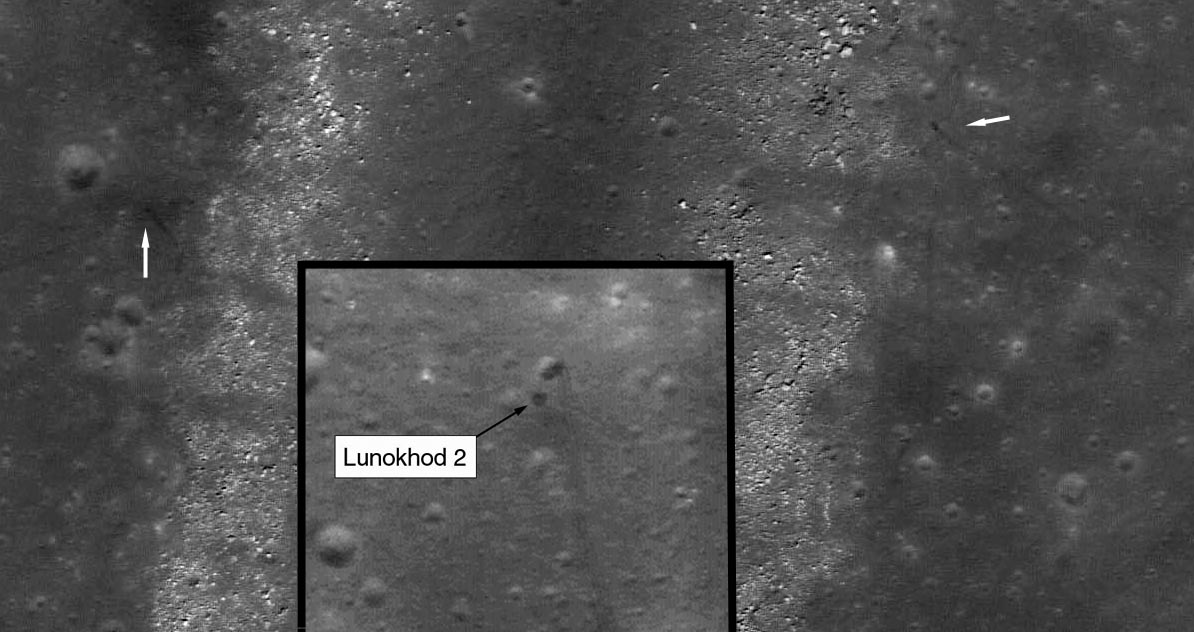 Nearly every early mission to the lunar surface came with a mystery - where did the spacecraft land or crash? Now, with the half meter resolution LRO images we are beginning to find the answers. Lunokhod 2 was an amazing rover that was landed in eastern Le Monnier in January, 1973 and roamed the surface, ultimately covering 37 km. The vehicle was driven by Sasha Basilevsky and his colleagues, and they took images along the way. Those ground views have instantly been made more valuable by Phil's discovery of the LRO Images that show the rover's tracks and actually the Lunokhod itself (inset). The rover came from the left (white arrow), encountering the rille with rocks exposed along both its walls. The drivers turned it south and went around the bottom of the rille and came up the left side where it died (north of the right white arrow). With the high resolution of LRO - and the large one is only a browse image - the geologic context can be established for all of the images and data collected by Lunokhod 2, and for every other lander. Perhaps we will even find Luna 2, uncovering the first lunar spacecraft secret.

Chuck Wood
Correction
Sasha Basilevsky and Jeff Plescia pointed out that the Lunokhod is NOT shown in these images - it is north of this area by a few hundred meters. See Phil's comment. Also, the LRO team has assembled an excellent series of images showing both the Lunokhod 1 and 2 rovers. Wow!

Technical Details
Phil was able to find and extract these images from the PDS system - progress is being made in learning to access the LRO data. The inset is LROC image M109039075LE.


Yesterday's LPOD: Do You Belong in a Zoo?

Tomorrow's LPOD: A Little Bit of the Wall