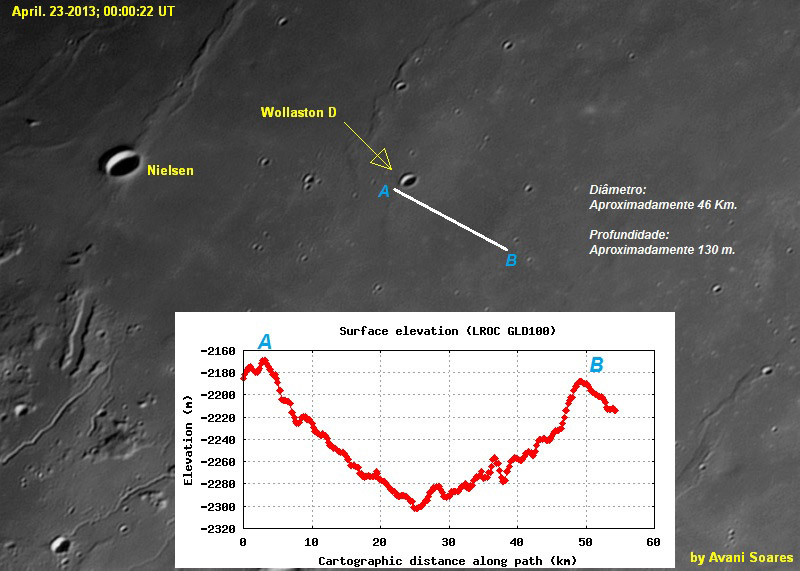 Avani had seen a possible ghost crater in an earlier image he obtained, and his newer view here shows the area at too high a Sun to detect the ghost. But the QuickMap topogrphy tool nicely reveals a 46 km wide depression that could well be an impact crater later overfun by lavas. But is it really? On sheet B9 of my favorite lunar atlas is a visualization of LRO altimetry data for Oceanus Procellarum created by Maurice Collins. This area north, northeast of the Aristarchus Plateau is full of north-south trending mare ridges, and Avani's possible ghost is bounded by someof these ridges. I made a second, north-south profile across Avani's Ghost and found that it does seem to be a closed depression. This raises the question about the origin of various roundish forms defined by partial low ridges that occur on many maria. Some of these almost certainly are impact craters buried by lavas, many others are less certain. Because of their nature we may never be sure. More information about Avani's investigation of this feature is published on page 11 of the Portuguese journal Observe!, which is worth a vist.