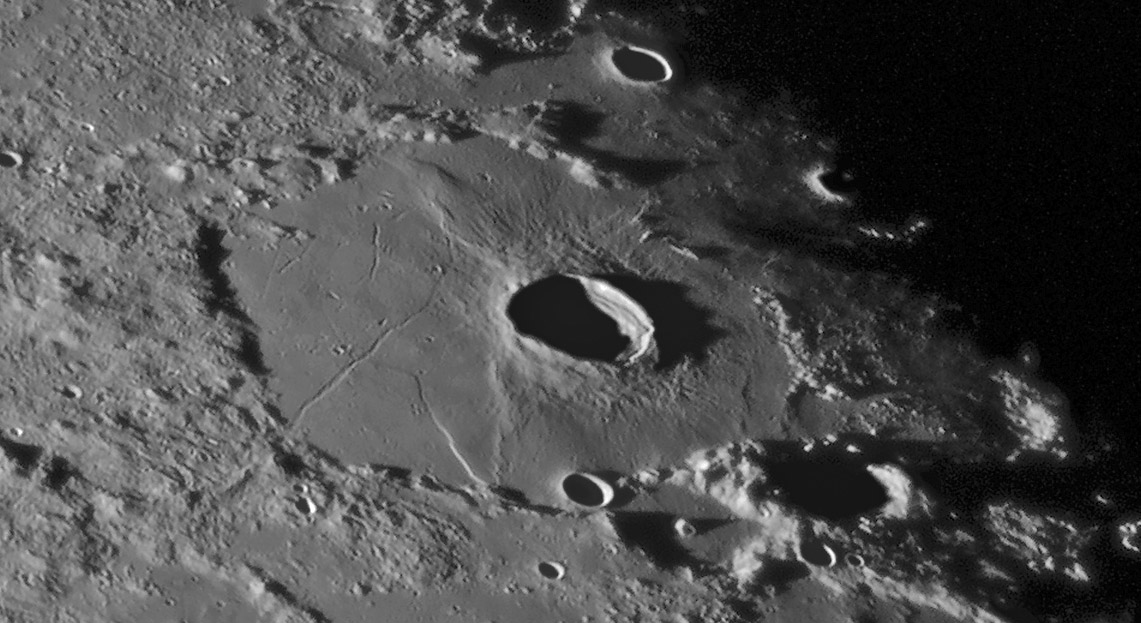 Lacus Mortis was once a lake of liquid lava, but what is the depression that the lava fills? It is easy to see that it must have once been a crater 150 km in diameter, a little bit bigger than Pythagoras (142 km) but vastly different. Pythagoras is a standard complex crater with a deep floor hosting central peaks and ringed by terraced walls. All of that is buried by 4-5 km of lava in Lacus Mortis, and its exterior to the west is covered by ejecta from the Imbrium Basin. The western half of the lava floor was cut by numerous rilles, one of which also suffered a vertical offset. The crater Bürg formed on the solidified lava lake, and its ejecta covered the northern edges of the rilles. There is a suggestion that fresh lava covered the area between Bürg and the fault, hiding the crater's ejecta in that area. There is no existing (hint, LRO) images with good enough lighting and resolution to determine if that is true. Finally, much of the the north eastern rim of Lacus Mortis is missing. I wonder if lavas overflowed and eroded away that rim, and poured partially out of the crater across lower terrain to the east?