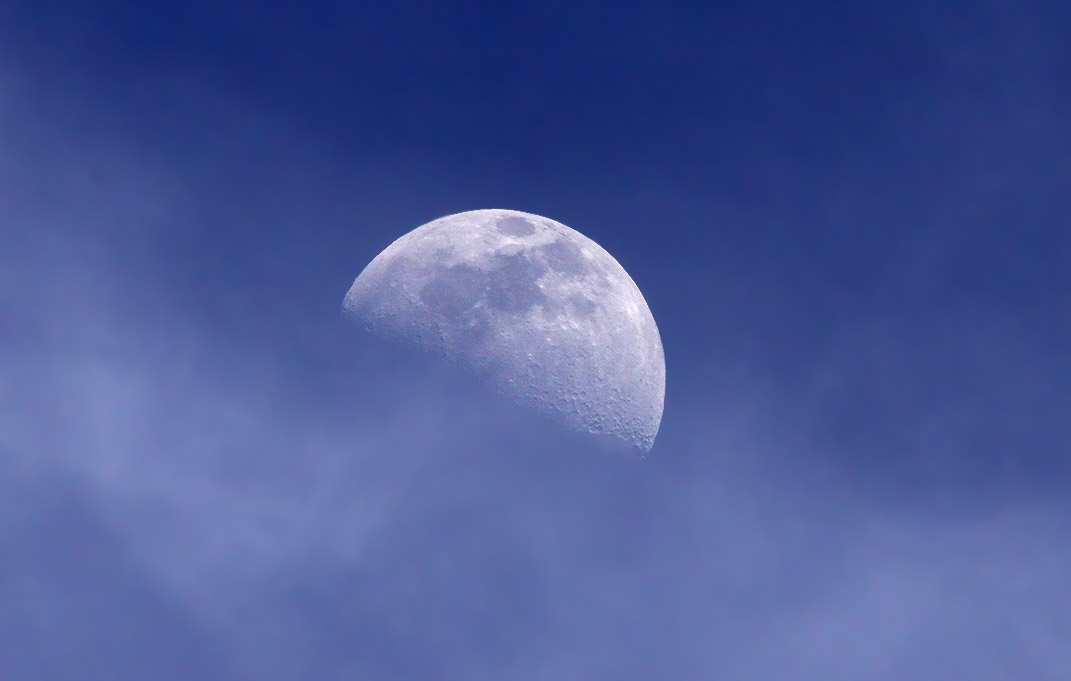 If you compare yesterday's LPOD with the blue one today you may get the feeling that the Moon is moving away from the Earth. And that is true. Nearly forty years of ultra-precise distance measures - by bouncing laser beams off corner reflectors left on the Moon with American and Soviet landers - demonstrate that the Moon is moving away at a rate of 3.8 cm/yr - the Moon is about 1.5 m more distant now than when Apollo 11 landed. The Moon recedes from Earth 38 km per million years or 38,000 km in a billion years. At this rate it would take about 10 billion years for the Moon to move its entire distance from the Earth, as implied by the giant impact model of lunar formation. Since the solar system is only about half that age, the Moon must have moved away from the Earth must faster in the past. That is likely because it is the tidal interaction between the Earth and the Moon that transfers energy to the Moon, enlarging its orbit. And tidal forces weaken significantly as two bodies move apart.


Yesterday's LPOD: How We All Started