Even Pros Can Make Mistakes? 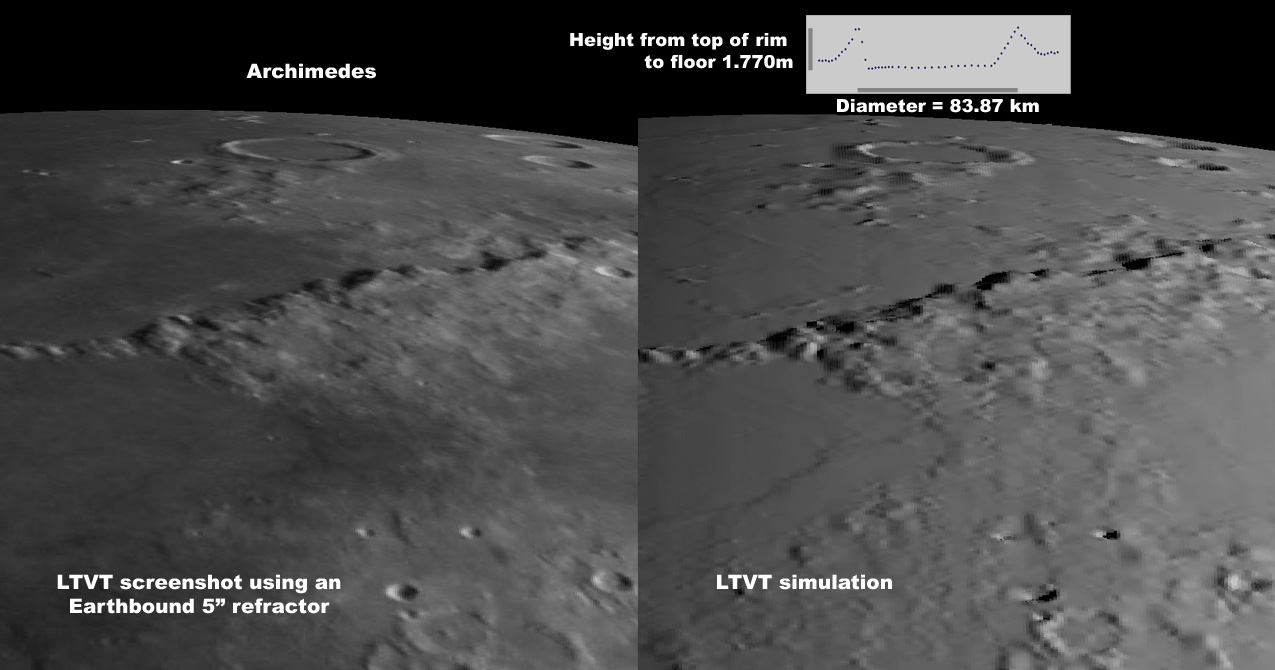 To most observers, Archimedes is a beautiful but rather pedestrian Plato-like crater with a handsomely sculptured raised rim and a relatively flat smooth floor. The recent image professionally synthesized from data obtained with the Kaguya Terrain Camera, featured on LPOD two days ago, reveals a startlingly unfamiliar landscape with a perilously tilted floor rising, on one side, above the surrounding mare. Could it be real? Henrik has investigated this using Kaguya's global Digital Elevation Model, and the Terrain Camera mapping seems seriously misleading. As shown in the inset, those independent height measurements, made with a laser altimeter, indicate a floor that is nearly level and everywhere lower than the surrounding mare. Henrik has used LTVT to rotate one of his own Earthbased images into something resembling the oblique view shown in the earlier LPOD, and compared that to the relief expected based on the digital heights. The resemblance looks good, giving one some confidence in the integrity of the data, and a two-dimensional view of the individual altimeter points (discussed more fully below, one cross section being plotted in the inset ) confirms the floor is everywhere lower than the mare.

Technical Details
Left: Earth-based photo, 27 Jan 2007 19:12 UT, 5" refractor with 4xPowermate, as seen from Denmark, remapped to an oblique view. Right: computer-generated simulation of the predicted appearance of the Moon viewed in the same geometry, based on the Kaguya global DEM at 16 points per degree. Note that the DEM is expected to generate more relief, especially in the distance, because the Earthbased photo was actually acquired from a more nearly vertical perspective (which flattens the height variations). In the inset, 1770 m is the height of the gray vertical reference bar, and 83.87 km is the length of the horizontal distance reference.

Note: Chuck should be back posting his LPOD's tomorrow!