Difference between revisions of "January 24, 2020"

To Be or not To Be - a Volcano 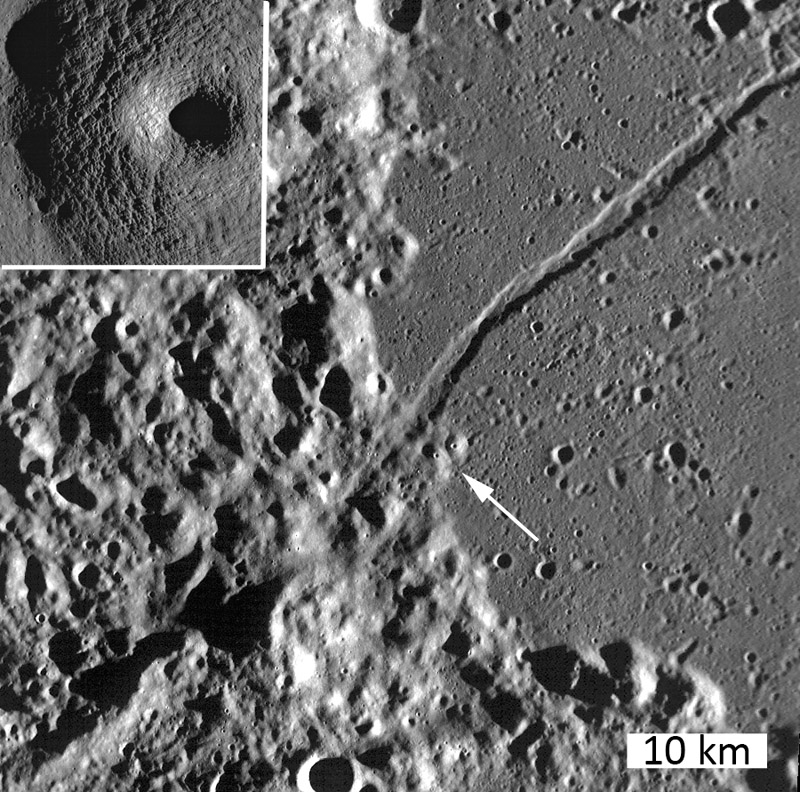 Lillian Ostrach of the LRO Camera team has identified two tiny crater-topped hills at the edge of Lacus Mortis and wonders if they are little volcanoes. That is an excellent observation and question, and I agree with her conclusion that there just isn't enough information yet for a definitive answer. But there is enough for some speculation. The hillocks are quite small - only about 1.5 km across - and look like they are probably steeper than most volcanic domes, so they might be little cones rather than typical mare domes. The first thing that surprised me in looking at the Narrow Angle Camera image in the inset, is how unsharp the summit pit is at high resolution! Its rounded rim means there is no possible evidence for an upraised rim, which would have suggested a random impact on a hilltop. But the presence of TWO summit pits on similar hills right next to each other strongly suggests that a random impact interpretation is unlikely. The scallop textured external slope seen in the inset is very different from the older (because more highly cratered) Hortensius dome. This difference may reflect a different mechanism of downslope movement on the steeper hill than the pancake-like dome. The scalloped arcs on the slope could be due to an ash material that collapses in chunks. But there is no evidence for a dark halo mantle of ash. All in all, I want to say the two hills are not volcanic, but there is not a compelling reason to say that either.