How Deep is That Hole? Version 2.0 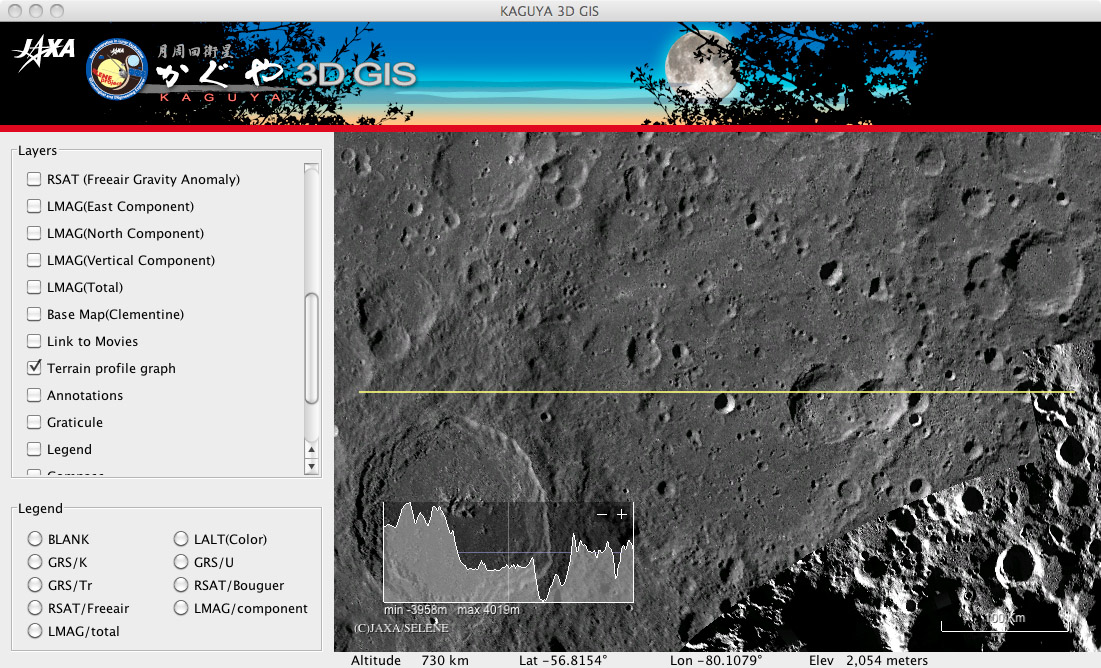 I had forgotten how hard it is to determine the depth of a crater. In a recent LPOD I mentioned that there was no reliable measurement of the depth of Bailly. And then in a comment on the next day's LPOD, Maurice Collins reported that the 3D GIS viewer for Kaguya data had been updated with a new global mosaic made from Kaguya images. I downloaded and installed the viewer client and played with it, and then realized that with the topographic profile tool I could measure the depth of Bailly. For an ideal crater on flat terrain, measuring the height of the rim crest and of the floor, would yield the depth. But like many older craters the rim and floor of Bailly are pretty uneven. With the Kaguya 3D viewer I determined that an approximate elevation for the floor is -1,600 m, and that the rim to the west, near Hausen, is about 4,030 m, giving a depth of 5,630 m. But the rim everywhere else is lower, and for one typical spot on the eastern rim the height is 2,220 m, giving a depth of 3,820 m. So how deep is Bailly? An average of these two is 4,725 m. When US Geological Survey scientist Dick Pike determined crater depths using the Lunar Topographic Maps he measured rim heights at 8 evenly spaced positions and took the average. When I used to measure shadow lengths on Lunar Orbiter photos 40 years ago I usually took the longest one, giving not the average but the maximum depth. There are in fact two measures of Bailly's depth determined by shadow measurements. Cherrington's 1968 book lists 4.2 km, and in Westfall's book a value is given of 4.1 km. These are reasonably consistent with the 4.7 km derived above, which is, however, deeper than I expected. I encourage visitors to LPOD to try their digital hands at determining crater depths. To decide which ones to measure, simply go to the Moon-Wiki and look at any entry. If there is no depth given, or if there are two or more that disagree substantially, that is your target. Don't forget to add the depth to the Wiki.This would be a very valuable project for farside craters for which almost no depths are known.