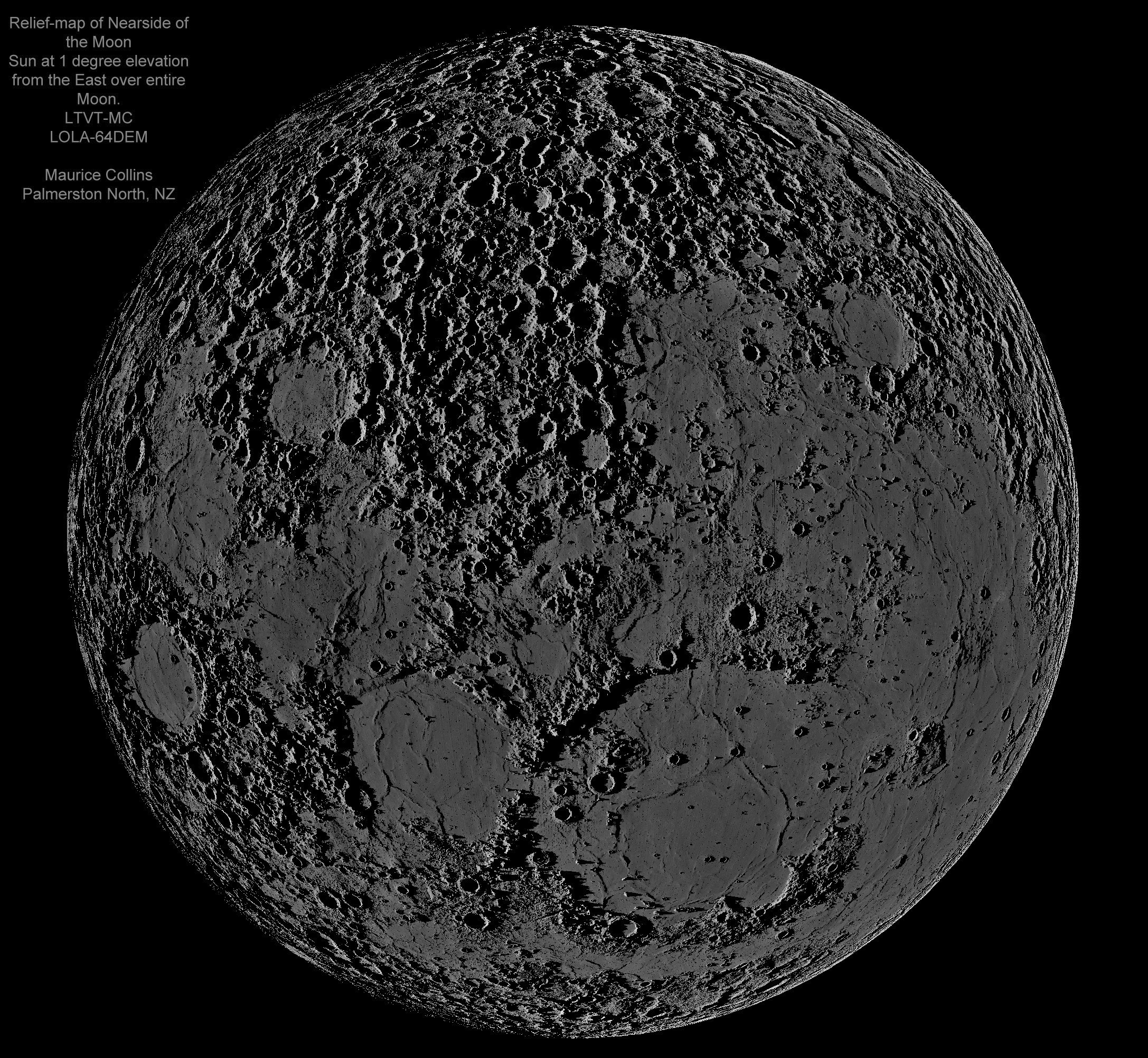 Imagine a universe where you could observe the whole of the lunar disk on the terminator, where you don't need to wait for it to pass a given feature to observe it at low sun angles. Imagine an image that allows you to take in all of the surface at once at a terminator's illumination. In this map I have just constructed, such a place exists - in the computer and the imagination. The sun in this map is at a constant elevation of 1 degree grazing incidence from the East across the whole of the lunar surface. The features that stand out for me are the many wrinkle ridges in the maria and the general roughness of the highlands compared to the maria. I hope it proves useful to people. Thanks again to Jim Mosher for the mod to LTVT to allow me to do this, and for Chuck Wood for suggesting the idea!

Note by Chuck Wood
I made this image full size - and thus huge - so you can have it as a reference. Both Maurice and I immediately noticed how much these low Sun views look like the plaster models in the Moon book by Nasymth and Carpenter in the 1870s.

Warning: These images show so many features in a new light that I expect to have more LPODs next week derived from Maurice's handiwork.