The lovely image to the left was taken August 25 by the Star-Tracker Camera on the SMART-1 spacecraft. In order to see the stars, images are taken from above the night hemisphere of the Moon so that reflected Moon light does not hide the stars. Like the similar image from Clementine, this shows an edge of Moon illuminated only by Earthshine. When I read the ESA caption that said, The Moon features on the photo still have to be identified. I thought, what a wonderful challenge! The terrain in the near part of the image looks draped, which immeidately made me think of Orientale ejecta. The two sharp craters near the bottom center-left have a curved ridge of drappery arced between them - that would be the pattern to find. I paged through Charles Byrne’s Lunar Orbiter Photographic Atlas of the Near Side of the Moon until I said, A-ha! Lunar Orbiter IV obtained a photograph of the region south of Orientale with Sun illumination very similar to the Earthlight illumination on the SMART-1 image. That made it easy to spot the two craters and the flow ridge of ejecta. Using the medium resolution view of the of the LO image I have marked with white lines the approximate edges of the field of view of the SMART image. The crater at the apex of the lines is Baade and the two sharp craters are Bouvard G and Inghirami C, with the Inghirami Valley passing between them.

Technical Details:
25 August 2006. Star Tracker camera on SMART-1 spacecraft. The bright spots in the sky are stars that are used to orient the spacecraft.

UPDATE: Mark Crosley has rectified the SMART-1 image so it is easier to interpret - thanks, Mark! 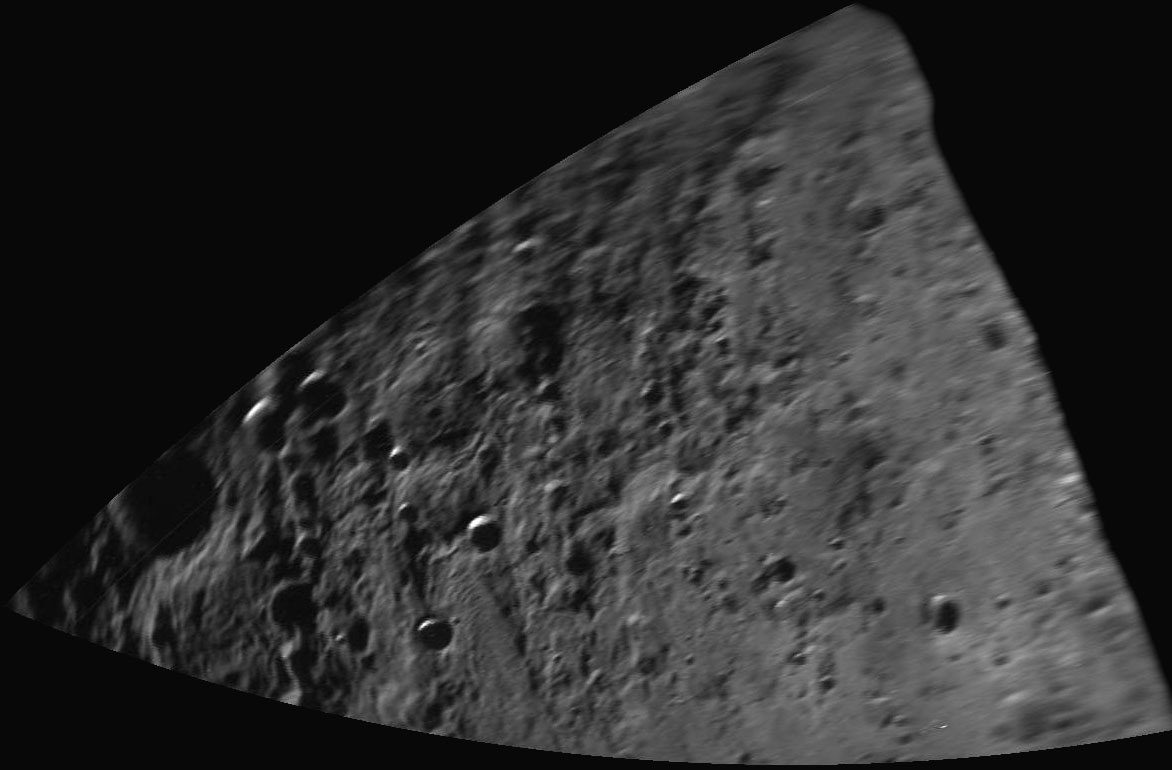