From LPOD To the Big Time 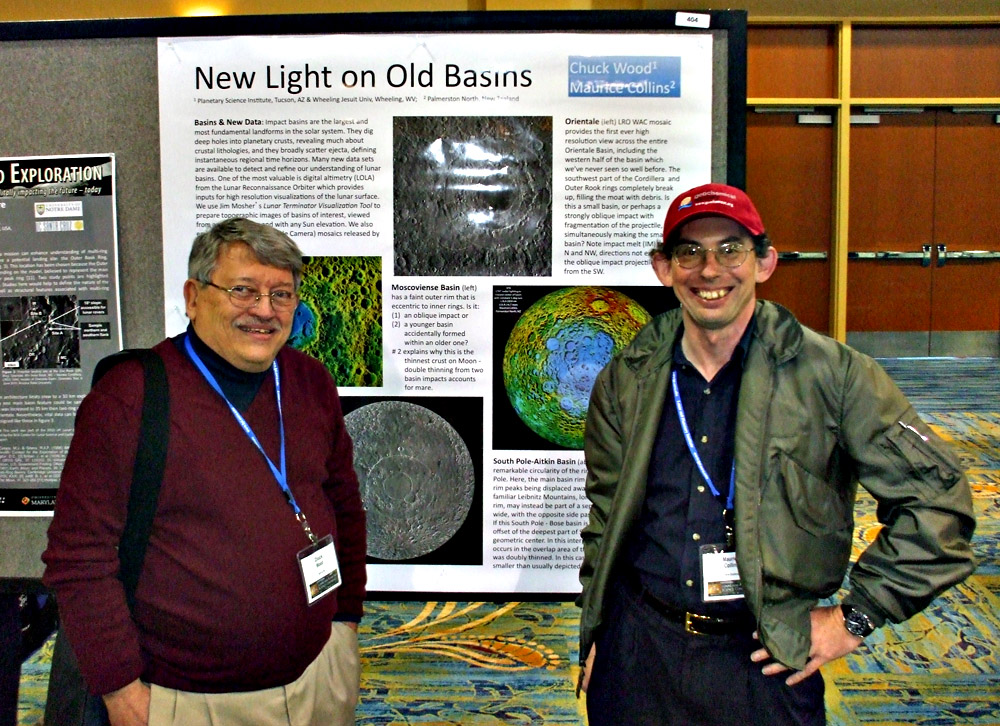 Your heroes stand in front of their poster at the 42nd Lunar & Planetary Science Conference in Houston. Maurice Collins (right) and I presented new evidence derived from LRO altimetry data and images about the complexity of four large lunar impact basins. The parts of the images visible may look familiar because versions of all appeared previously as LPODs. Each image is from Maurice's visualization of data using Jim Mosher's empowering LTVT that permits transformations to be done easily that used to require complex software and powerful workstations. One of the most controversial ideas was that the Moscoviense Basin formed inside a pre-existing basin. An alternative interpretation is that Moscoviense and the outer basin rim formed as a result of an oblique impact. We proposed that because the thinnest crust on the Moon is inside Moscoviense that a double impact was more likely to explain that than an oblique impact which would be a more shallow excavation. Two other papers addressed the origin of Moscoviense. One agreed with our proposal and the other seemed to favor an oblique impact. Both origins are possible explanations, but only one can be correct; now we need to see if there is any additional evidence to help decide.