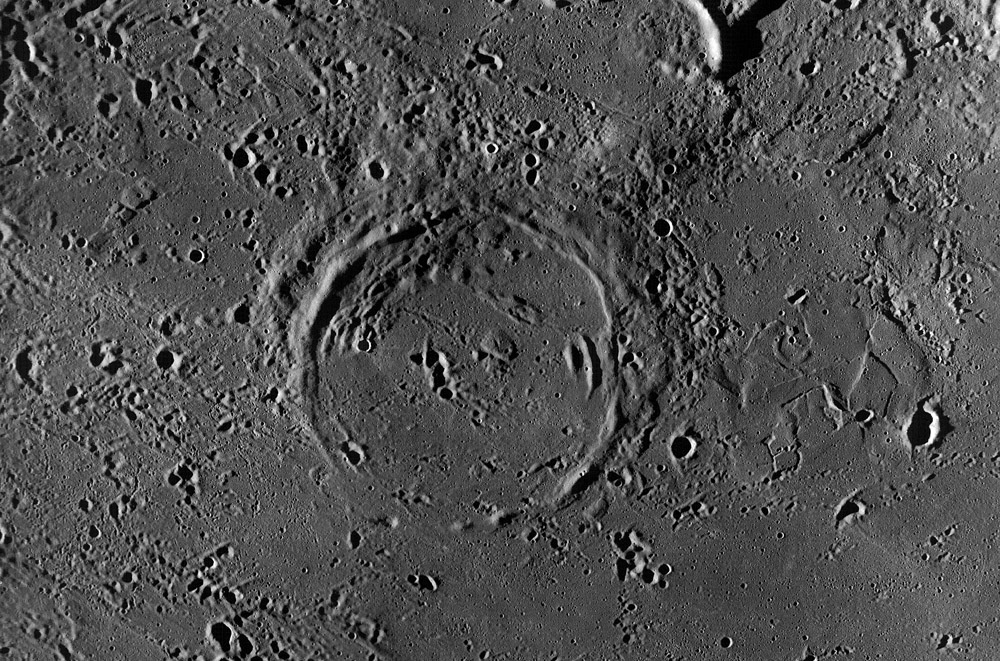 When I looked at this LRO WAC image I immediately realized that Daguerre was a tilted impact crater just like Fracastorius. As I started to write it seemed like an old story so I searched LPOD and found that I had discovered the true origin of Daguerre back in 2004 while interpreting a great image from Wes Higgins. So here is that still good text - with minor updates - with a newer image:
In 1839. Louis Daguerre took the first photograph of the Moon. It was a lousy shot, showing no features, but inaugurating imaging studies that have culminated (so far) with exquisite images such as this one of Daguerre's namesake crater. (Perhaps if his photo were better he would have gotten a better crater.) Daguerre (diameter 46 km) is a mirror of Fracastoris on the opposite side of Mare Nectaris. Both were formed on the floor of the impact basin and were flooded when later mare lavas engulfed them. Some volcanists, who searched for evidence that lunar craters were volcanoes rather than the result of impact, believed that Daguerre's rim was double in some places - clearly a sign of eruption along parallel curving faults. Also, the darkness visible here along the northern portion of the rim is from pyroclastic (volcanic ash) deposits. So the volcanists' interpretation was that the double rim and the pyroclastics meant that the entire crater had to be volcanic. This high resolution image dispels the notion of a double rim. The extra rim on the left side is actually the rim of a Daguerre-like crater immediately to the west. And the few ridges inside the main rim are probably just normal terraces of an impact crater inner wall. But the pyroclastics are evidence of a real volcanic eruption, probably from small vents along the northern portion of Daguerre's rim. But volcanic eruptions on the rim of a crater do not mean the crater is volcanic! Three more things of note here. First, the area to the right of Daguerre may be another old, lava-covered crater, but its southern side has peculiar triangular and lozenge-shaped surfaces, looking like collapsed parts of lava flows. This seems more like Mars topography than lunar. Second, the area is peppered with small pits that are secondary craters from Theophilus. Third, a peculiar ray, apparently from Madler, crosses the western rim of Deguerre. This has been a busy neighborhood!

Tomorrow's LPOD: A Bump in an Ocean