The Moon On Earth 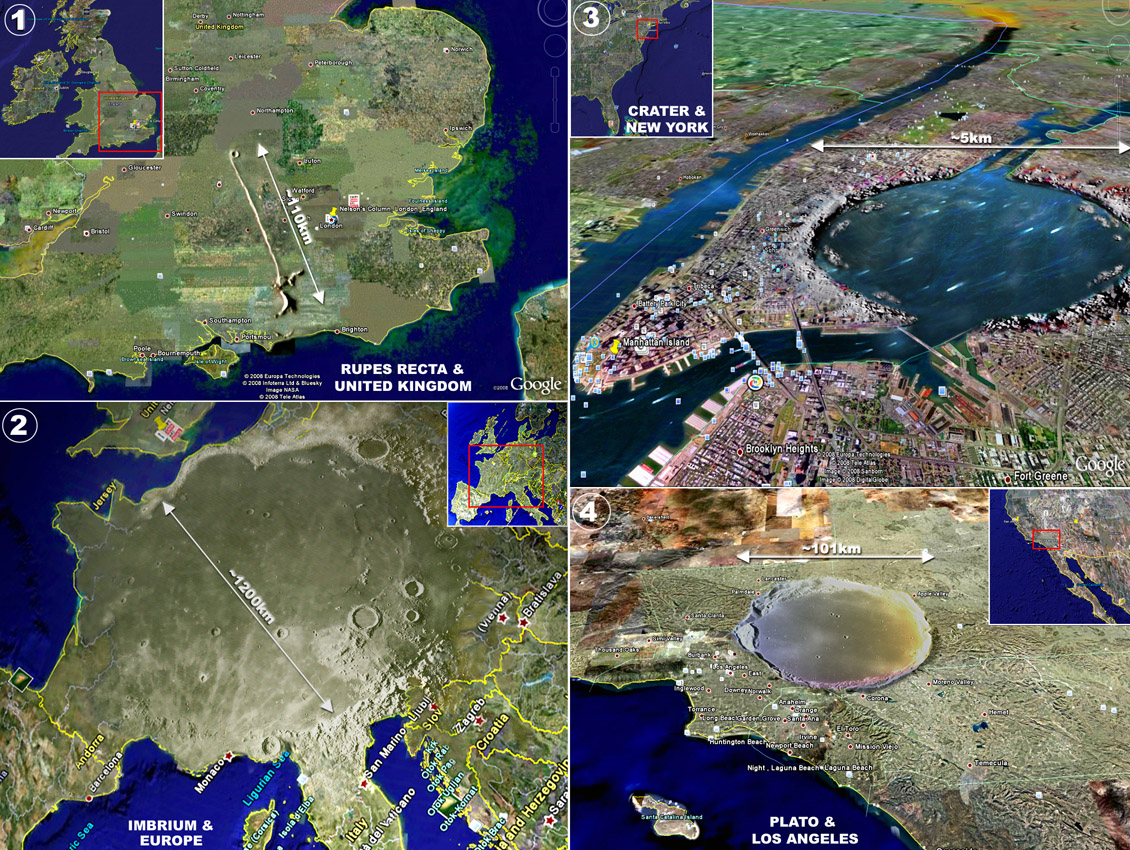 Today's LPOD puts into a cosmic perspective the current concern about an economic crisis. John has nicely scaled and composited images of some lunar landforms onto Google Earth images, showing how big features really are that normally we see through a 1.25" wide eyepiece. The upper right image demonstrates that even a small lunar crater (5 km diameter) would create a deep hole in uptown New York city. In fact, John's artistry does not include the ejecta beyond the rim that would rain down on, batter and bury a much larger area - and the impact-driven earthquakes would probably knock down any remaining skyscrapers. The Straight Wall (top left) could cut across southern England like a giant Roman wall. It looks like it would do little damage, except that when it formed there would have been large scale seismic shocks. A larger scale impact, such as 101 km wide Plato, here smashed into the Jet Propulsion Lab and much of the rest of the Los Angeles basin, would create world wide havoc, probably leading to a mass extinction. The Imbrium lava plain and basin that contains it is about the size of western Europe. Such large basins did form on Earth before about 3.9 billion years ago, but there was only microscopic life to be devastated by such cataclysms. The fact that life is not recorded on Earth until after the lunar heavy bombardment ended, about 3.9 b.y. ago, suggests that any early life that might have existed was probably extinguished repeatedly, and could not take hold until basin-forming, and Earth-roiling, impacts abated.


Yesterday's LPOD: Edging Along the Limb