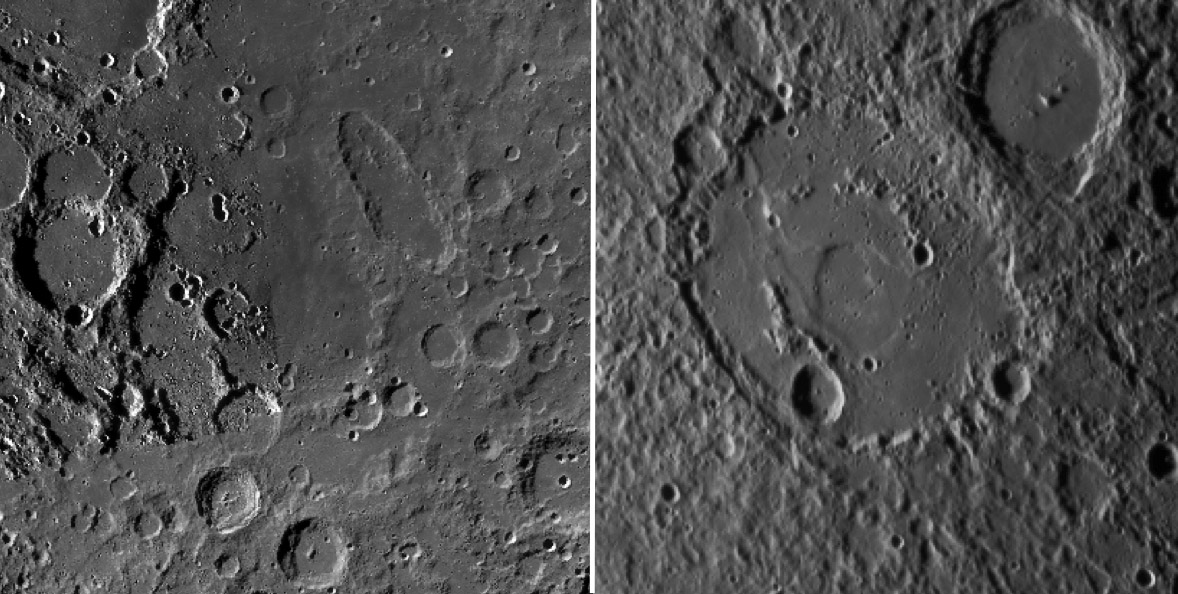 Messenger entered orbit around Mercury on Thursday night, and now begins detailed observation of a world similar to the Moon, with surprising differences. Mercury is full of impact craters and has some volcanism, but there are significant differences of each compared to our standard Moon. One thing that Jim Head and I noted 35 years ago, and Messenger images confirm, is that peak ring basins (or two ring basins) are much more common on Mercury than on the Moon. The nearside of the Moon has only one, the 335 km diameter Schiller-Zucchius Basin, with its incomplete inner rim and a hint of a third inner depression. The 196 km wide basin named Steichen on Mercury (right image) is remarkably similar, even including an inner depression, albeit even more off-center than the one in S-Z. In 1976 Head and I were unable to determine why peak ring basins were so common on Mercury - impact velocity? crustal structure? - so perhaps the Messenger data will lead to an answer.