Do It Yourself LPOD 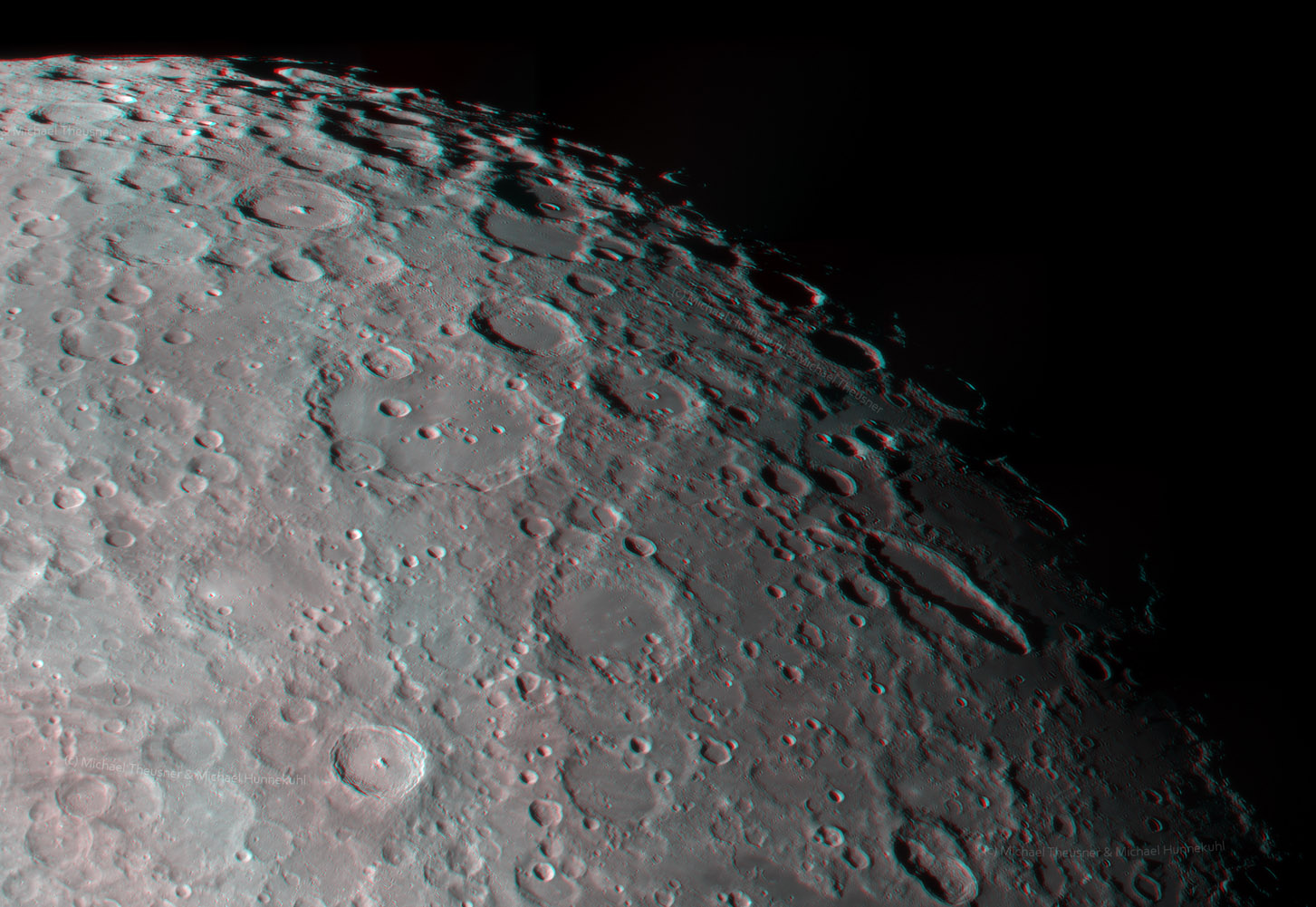 After all the spacecraft altimetry images it is nice to see some old fashioned telescopic stereo. But I have a bad eye and can't see stereo, so have some questions about this image that I hope some of you ably sighted folks with red-blue glasses might say something about in the Comments section. First, are stereo images like this interesting, and do they work? Second, is there a difference in the stereo effect from the high Sun side (left) compared to areas closer to the terminator? Third, does the Schiller-Zucchius Basin have a depressed inner area? Fourth, do the pink bands - which were made more pronounced when I made the image 50% smaller than the original - make the entire surface look wavy? Finally, are there any other topographic observations to share? Thanks!

Chuck Wood
Note The LPOD image is 50% - here is full res if anyone wants to comment on any difference in 3-D effect dependent on scale.

Related Links
Rükl plate 72 (and others)