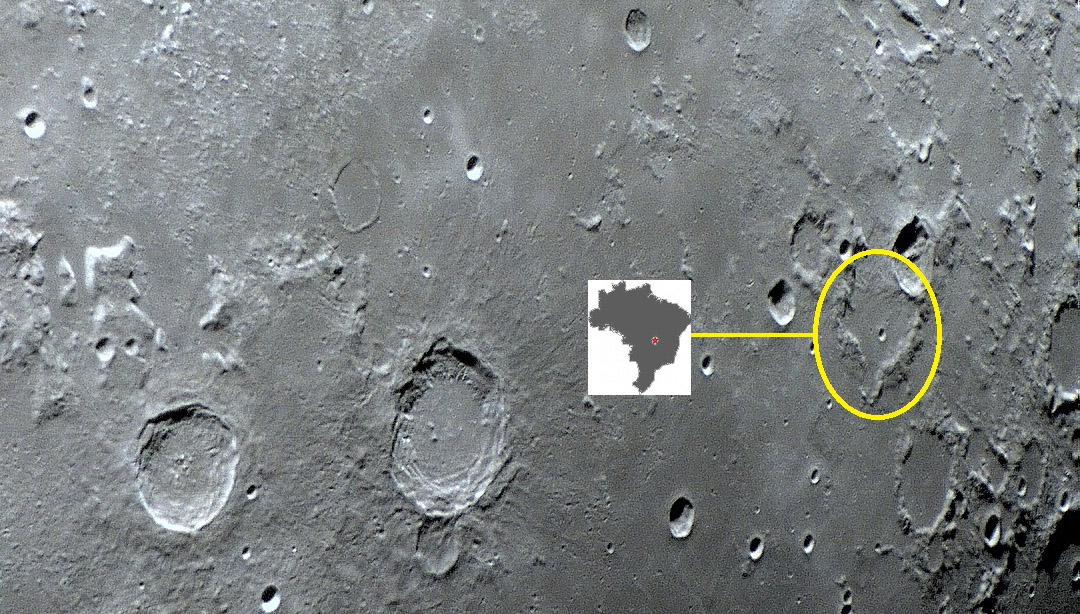 An astonishing discovery has ignited a firestorm of controversy about the technological prowess of ancient Brazilians. The shape of the lunar crater C. Mayer D has a remarkable similarity to the map of Brazil, including the placement of a crater exactly in the location of Brasilia. The nearly exact matching of details is convincing evidence that the crater's unusual shape was intentional, perhaps in memory of a distant homeland. The fact that the lunar crater is very old, and yet Brazil only received mappable boundaries in 1777 implies that time travel may have been involved. However, Brazil's location on the equator would make it a favorable place for rocket launches, and its large boundary with the open seas reminds one of the putative tie of the name Brazil to the ancient Phoenicians. A frenzied effort is now underway to search for other evidence of ancient maps on the Moon, and the recognition that channels on Mars and Titan are remarkably similar to the Amazon River is forcing a complete re-evaluation of the origins and capabilities of the ancient societies of Brazil. Other investigators have pointed out that most lunar landforms are circular, yet few countries on Earth are, suggesting that early Earth explorers eliminated any national shape that would remind them of their lunar origins. It is clear that this momentous discovery will cause all textbooks to be rewritten, once we understand these cosmic connections and chronologic entanglements.

Chuck Wood
Note that the contributor of an image to LPOD does not write the textual interpretation; that is left to trained experts.