Difference between revisions of "October 2, 2019" 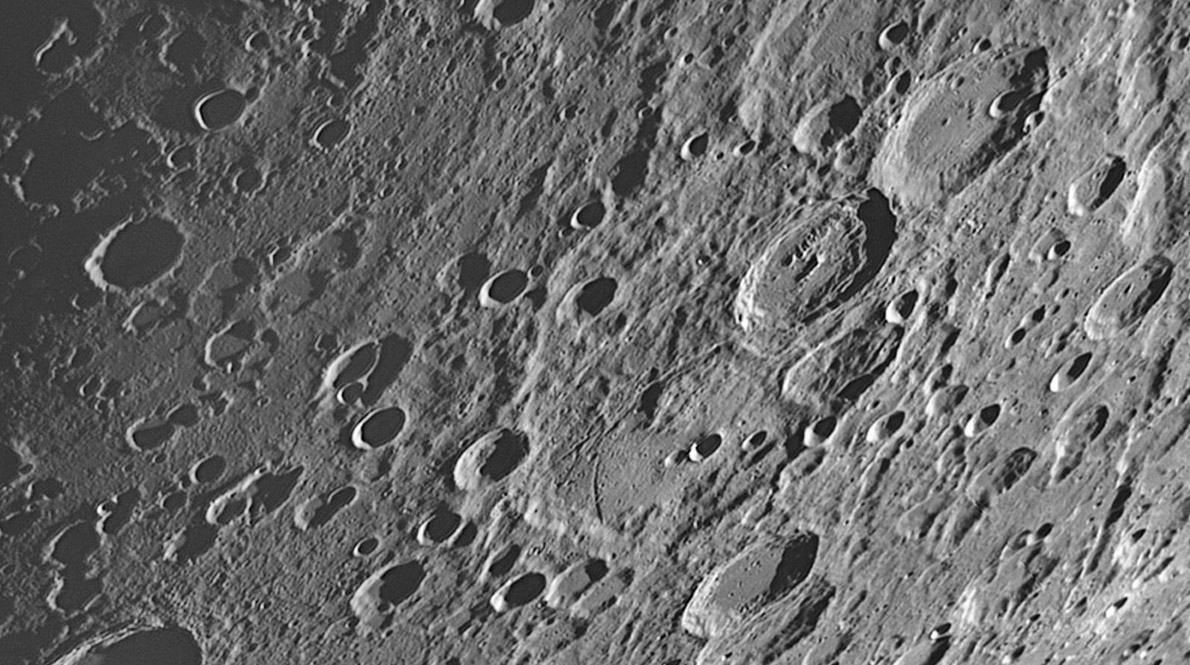 This broad area of the southeast quadrant of the Moon is dominated by one event - the formation of the Nectaris Basin. The most prominent basin rim is out of the image to the north (top) but a lyer of ejecta coats much of the surface between the craters. The right edge of the image is framed by the Rheita Valley, which abruptly bends near the sharp crater Young B at right center. The Valley is the most prominent group of secondary craters from the basin, but other singlets, pairs and triples are widespread - they typically have interlocking rims with flat floors - look closely at the western third of the area. It is perplexing that some of these secondary crater floors are smoother than the rough textured surrounding terrain, which is dominated by Nectaris ejecta. It is hard to understand why there is smooth material on the floors but not on the surroundings - could the craters have somehow captured a different, more powdery phase of ejecta? I don't see how. The largest feature here was also effected by Nectaris. The smooth floor of Janssen is also probably smooth Nectaris ejecta, as may be the rougher textured material near the crater's center and north, although part may be debris from the overlapping Fabricius. Keep looking around for every image has many stories to tell.