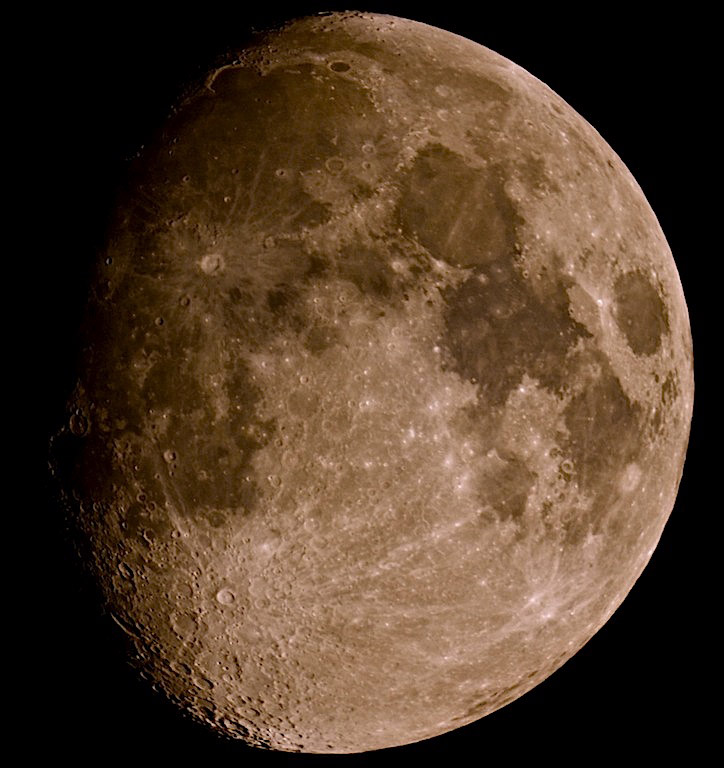 Processing lunar photographs with a select range of sepia tones adds contrasts that highlights the different albedos, the reflection coefficient, of the mare and impact basins. The more recent impact craters and their concomitant strands of ejecta rays also greatly benefit from the sepia processing. Tyco's ejecta remains almost white while draping over the highlands, but turns to an easily spotted light chocolate on the dark background of the mare. Sepia tone processing also aids in illustrating Copernicus intricately mottled ejecta rays. You can just make out Kepler's circular ejecta pattern, west of Copernicus. I'm unsure if that single pixel of reflected sunlight from Kepler is from the western rim of Kepler or some other source. South of Kepler, Mare Humorum's black floor is ringed by six sparking diamonds that outline the western edge of the circular impact basin. Atop Humorum, Gassendi's central peak rises above the shadowed crater floor, its crater wall also sprinkled in diamond dust. Can you make out Proclus and it's distinctive white fan of ejecta over Palus Somni. How about the twin rays of Messier A, south of Proclus? 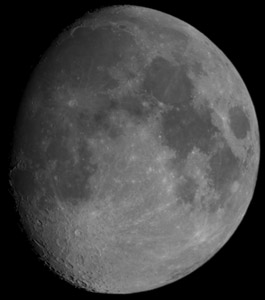 This is the original, pre-sepia image.