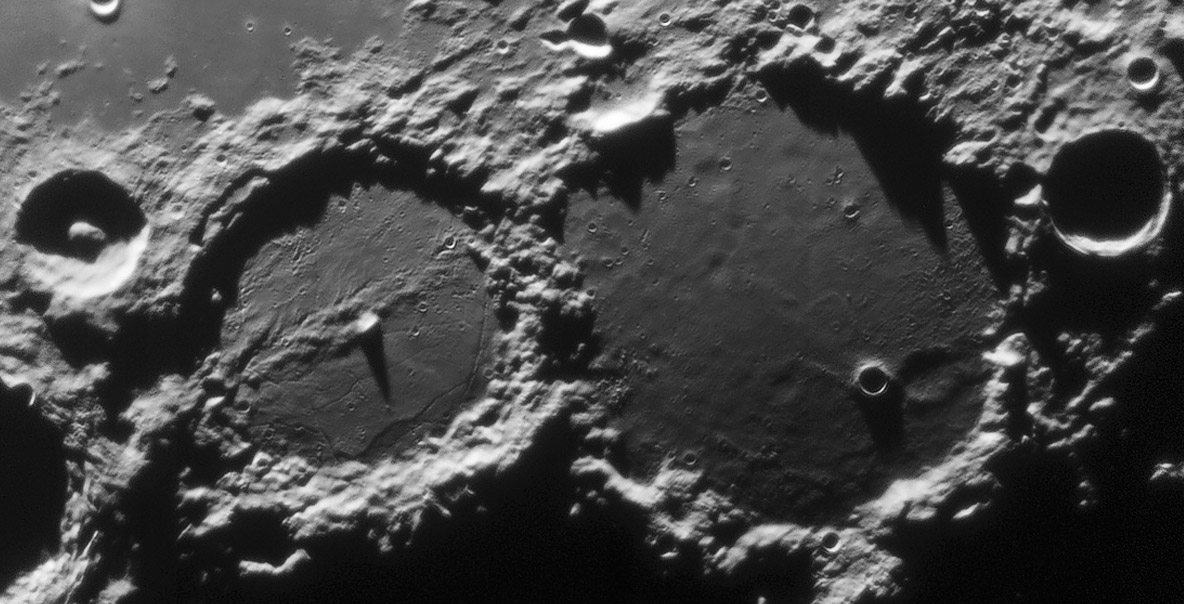 With modern spacecraft snapping hundreds of thousands of high resolution images from lunar orbit should amateurs bother to point their telescopes that way? Nick's stunning image provides a resounding demonstration that the answer is yes. Although there are exceptions, most lunar orbiters image areas far enough away from the terminator so that the interiors of craters are nearly free of shadows. That is because imaging is often obtained in different wavelengths to map surface compositions, and shadows obscure the area to be mapped. But shadows provide a magnification of very subtle topography, revealing features that are lost when the illumination is only a few degrees higher. Here the low angle lighting caresses every little rise and depression of the surface, showing delicate textures in familiar friends. It is widely known that saucers dent the floor of Ptolemaeus but this lighting reveals other subtle undulations as well, including some rounded bumps at upper right, and Herschel's radiating ridges and secondaries. You might confuse Alphonsus for Arzachel, for the main rille on the bottom side of the floor casts a shadow, just like the rille on Arzachel's floor. In both cases the shadow shows that the side near the center of the crater moved up, as expected if an intrusion of magma bulged up the center of the craters. This image points out again why there may be so few rilles on the upper (west) half of Alphonsus - that part of the floor is veneered by a sheet of Imbrium ejecta that apparently flowed after being deposited.

Tomorrow's LPOD: The Roof of Another World