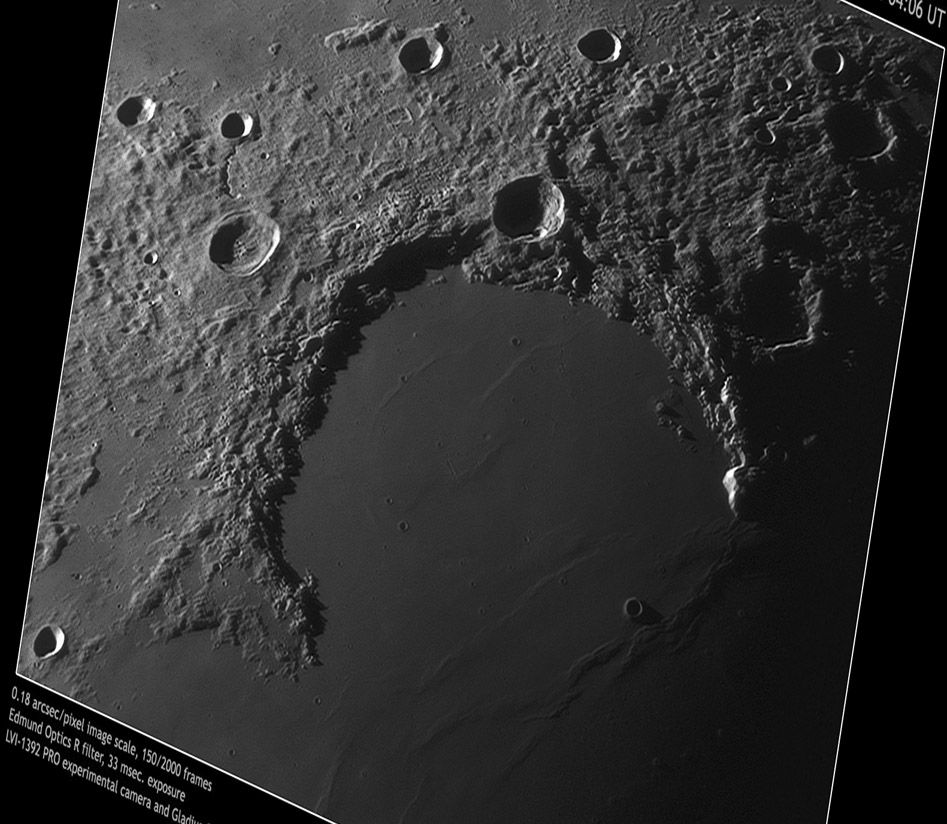 Paolo sent another wonderful image of Sinus Iridum and I twisted and distorted it. But its all for science. What is the nature of the mare ridges that cross the mouth of the giant bay? Are they random or do they mark the buried rim of the Iridum crater? The distortion was to rectify the image so that foreshortened craters are restored to roundness - notice the nearly circular Bianchini on the Jura Mountains. One ridge system appears to continue the rim trend terminated at the bright headland of Prom. Laplace, and curves pass the small shadowed crater. This ridge is in about the correct position to be the rim, but it does not curve back to meet Prom. Heraclides; instead it peters out, leaving a big gap. The mare ridge could trace the buried rim, but the evidence isn't compelling. As an aside, note just at Prom. Laplace that the ridge previously described crosses on broader one. This is the last of series of offset similar ridges to the east. This suggests that two different stress systems intersect here. The thin ridge that continues from Laplace is the boundary of a major mare color difference. The lavas inside the bay are older mare, and the ones just seen in the bottom right are the younger lavas like those that erupted from near Euler and spread into the middle of Imbrium and continued down hill to the north toward Iridum. These ridges apparently stopped the younger flows. This doesn't have anything to do with the possibility that the ridge is the ghost of the rim but is interesting.