Another Off the Beaten Track Place 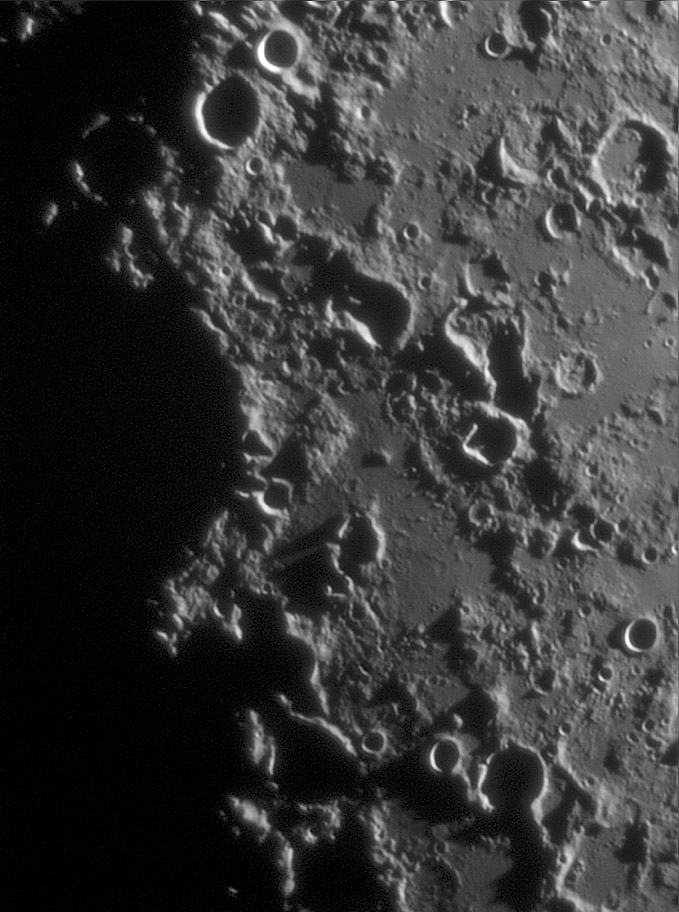 Can you identify this region? Don't read on until you try.
Just east of enshadowed Albategnius, slightly below center, is the crater Burnham. As a regular double star observer I just couldn't miss it. S.W. Burnham (1838-1921) was one of the most famous double star observers. He discovered over 1300 visual binaries starting as an amateur with a 5" refractor and then gaining access - due to the quality of his work - to the biggest instruments such as the Lick and Yerkes refractors. In 1906 he published the General Catalog of Double Stars within 120° of the North Pole, which is one the major milestone in the history of double stars observing. Many of the double stars he discovered are challenges for the modestly equiped amateur, either because of the close separation or the difference in magnitude of the companions... Anyway - this is not the topic ;) The area depicted raises interesting questions. First, what is the flat, diamond-shaped region on the middle of which which Burnham stands? Is it an ancient battered crater? Was it covered by lavas, or by ejecta from Albategnius (there are signs of shallow depressions, in favor of the second hypothesis). Second, the rim of Burnham itself is broken on the south side (north is at top) and seems to continue in that direction. What phenomenon caused this kind of "gauging"? Finally, notice the key-hole shaped crater on the rim of Albategnius. Btw, there's another crater bearing the name of a famous American, mostly contemporary of Burnham, in this image ;)