One Shot of Rings 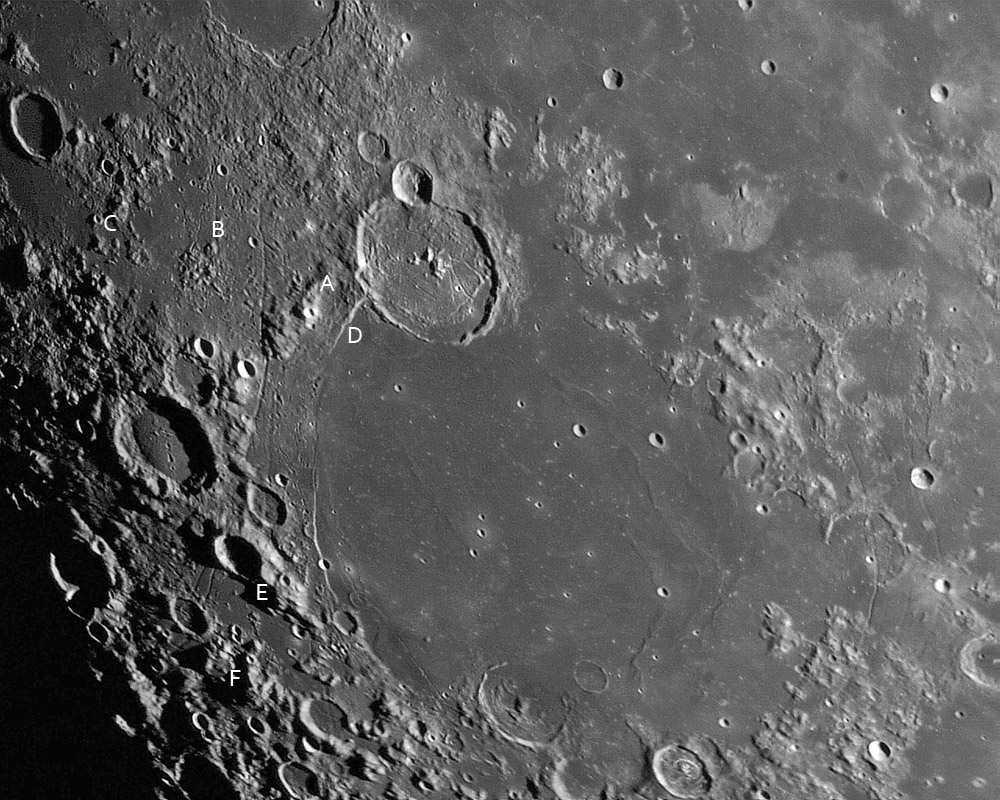 I am always very impressed with the images that Ricardo achieves with his one frame technique - its like in the old days before computer stacking and manipultation. Bravo! And I am also impressed with the view of the Humorum Basin ring structure shown here. Most lunar basins do not have a complete 360° ring and Humorum is no different. In fact, Humorum's rim and ring structure is so discontinuous that drawing complete rings depends of faith as much as evidence. The best exposures are northwest of the mare. "A" marks the short mountainous segment of a possible main ring - at one time it was named the Percy Mountains. "C" is a less bold segment of about the same length that helps define another basin ring, aith the cluster of hills at "B" in the right place to be an intermediate ring. "D" is a faulted margin of the mare itself, apparently another minor ring. Two plug-like mountains - called massifs - at "E" and 'F" are perhaps remnants of these major rings. The best way to research which are true rings and where they are is to look at an overhead view of a basin, ideally visualizing the LRO altimetry data to show all parts of the topography equally well. You can see such an image on sheet B7 of the 21st Century Atlas of the Moon, or wait until tomorrow to see it as LPOD.

Chuck Wood
Did you notice that the ejecta from Letronne - at the top of the image - buries the part of Humorum's rings? That crater formed after the basin, but before the flooding of Oceanus Procellarum.