Too Small To Fail? 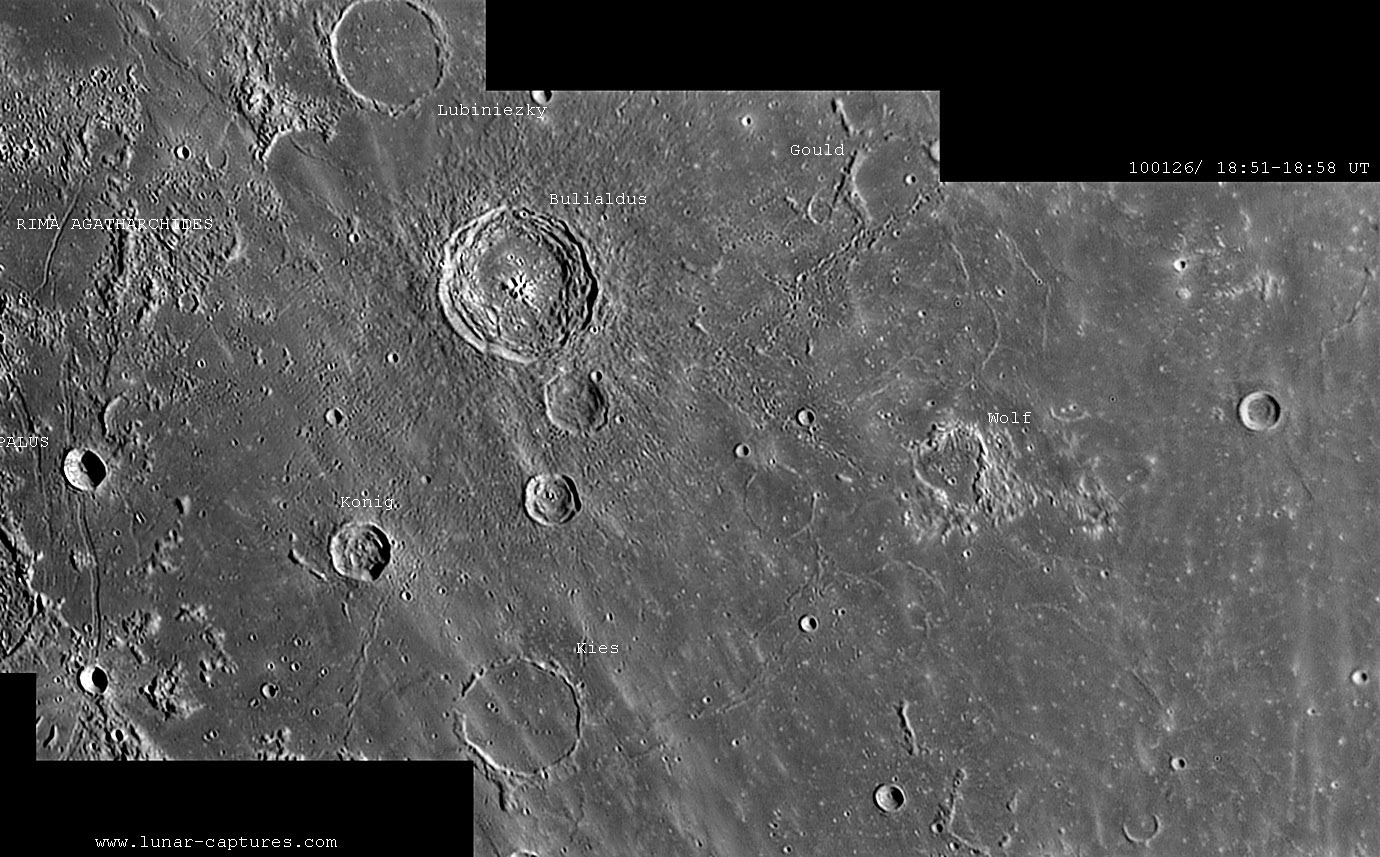 The nearly total lack of remnant rim structure indicates that the impact basin filled by Mare Nubium is old. The basin's reality was reaffirmed by Kaguya topographic mapping that shows the broad center of the mare is indeed depressed compared to its edges. Nubium seems to have more submerged craters than other lava flooded basins, and unlike most basins they are everywhere, not just around the shallow edges. Kies and Lubinezky are in the basin's periphery but Wolf, Gould and many unnamed ghost rings are more in the middle. This means that the earlier surface that these ghostly craters formed on was shallow enough so that later lavas surrounded or overtopped the craters, but did not completely bury them. In Serentitatis, Imbrium and Crisium, there is evidence that the basin centers subsided as lava was added to the basin. This deepened the basin centers so that craters originally formed there became completely submerged by 2-4 km of later lavas. Nubium is a smaller basin and mare, and apparently did not undergo subsidence. That is consistent with the paucity of circumferential faults, differing from Serenitatis and nearby Humorum.