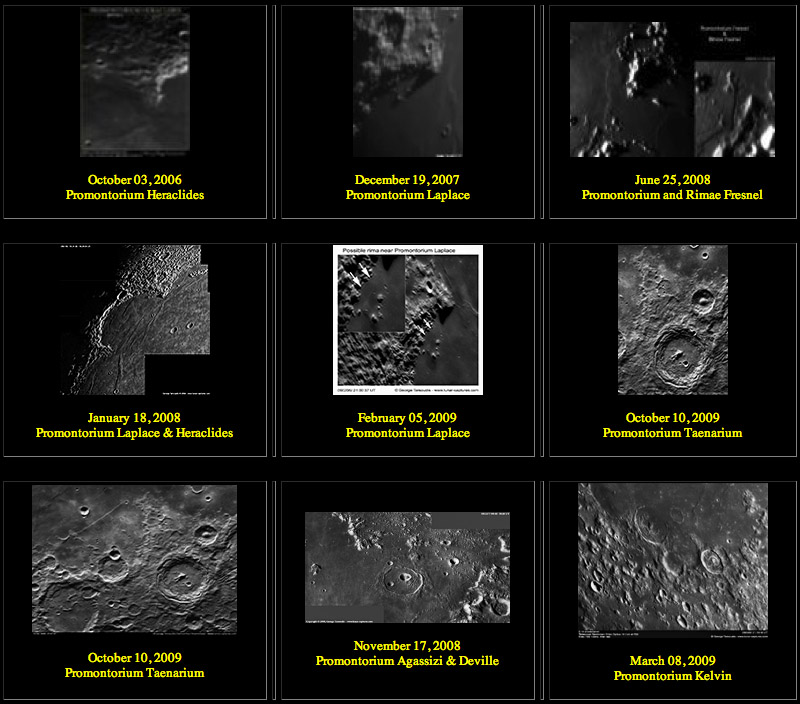 While researching features on his new web page about lunar promontories, George delightedly discovered that Prom. Taenarium is named for a prolongation of land at the south-western tip of Sparta, Greece. This made me reminisce about my trips to Greece, which sadly did not include Sparta. My next thought was that it would be fun to travel to places on Earth that provided names to features on the Moon. We all know about the Caucasus Mountains (haven't been there) and the Alps (can check that one off), but what are all the others? Looking at the International Astronomical Union pages that describe the names applied to different classes of lunar features we learn that most montes and a few mons are named for terrestrial mountains, as are three promontories, and one fault (Altai). Additionally, there are the three no longer quite official names of Soviet research labs that were originally applied to catenae (crater chains) on the farside: Gas Dynamics Laboratory, Rocket Research Institute, and Group for the Study of Reaction Motion. Virtually all of the lunar features named for landmarks on Earth are in and around Europe (well, Teneriffe and Spitzbergen are historically tied to Europe), giving citizens of that continent a head start on collecting all these namesakes.


Yesterday's LPOD: Eclipse From the Moon

Tomorrow's LPOD: The End of the World