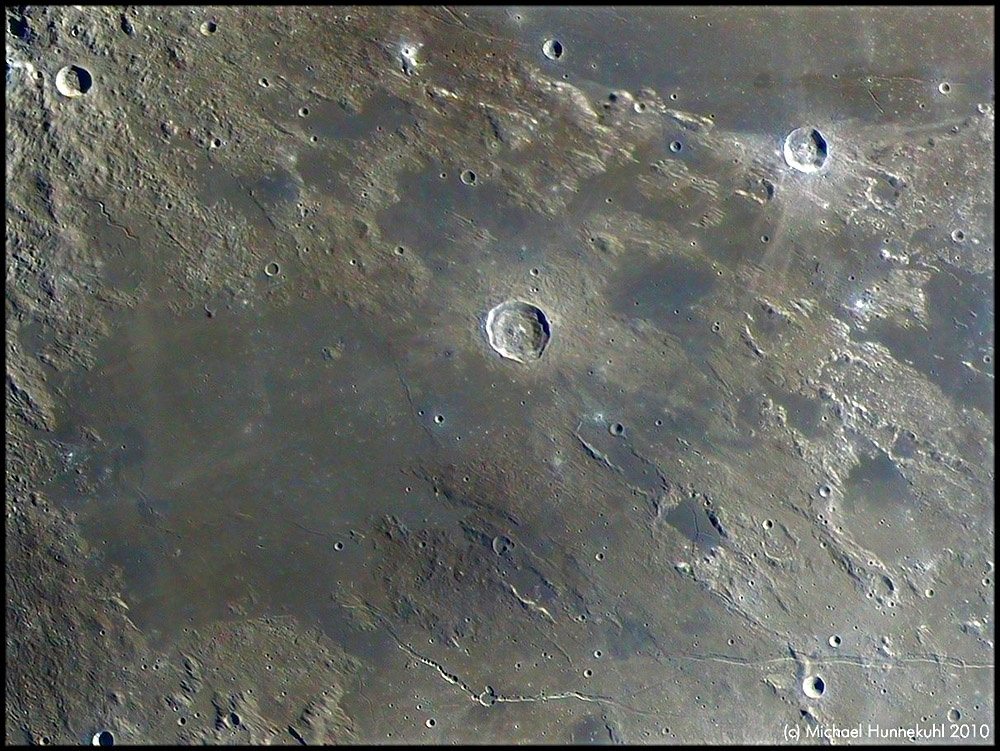 We typically talk of light and dark regions on the Moon, but there are subtle shades in that monochrome view, and those variations in gray often correspond to slightly different colors. Michael has captured this view of a swampy area east of Imbrium that is both colorful and sharp; I enhanced the colors even more to make them easier to appreciate. There really are only two types of material here - maria and basin ejecta, but both have many color variants. The mare patches are perhaps most easy to interpret. In general, degrees of darkness correspond to the amount of iron and titanium in the different lavas. In some places streaks of faint rays lighten the hues, as with the odd east ray of Menelaus at upper right. The ejecta comes in two basic types - light plains such as are cut by the Ariadaeus Rille, and rougher textured material, commonly striated with Imbrium-radial grooving. In two places the latter has a decidedly brown hue. First is along the Haemus Mountains at top which have a ruddy cast. Second is the quite brown patch north of the Hyginus Rille. The Haemus area may be coated with glassy pyroclastic deposits erupted from the nearby Sulpicius Gallus Rilles. There is no evidence for such ash in the south so the brown there remains more of a mystery.


Yesterday's LPOD: New Light On the Basin Near Schiller

Tomorrow's LPOD: Pole Me Over!