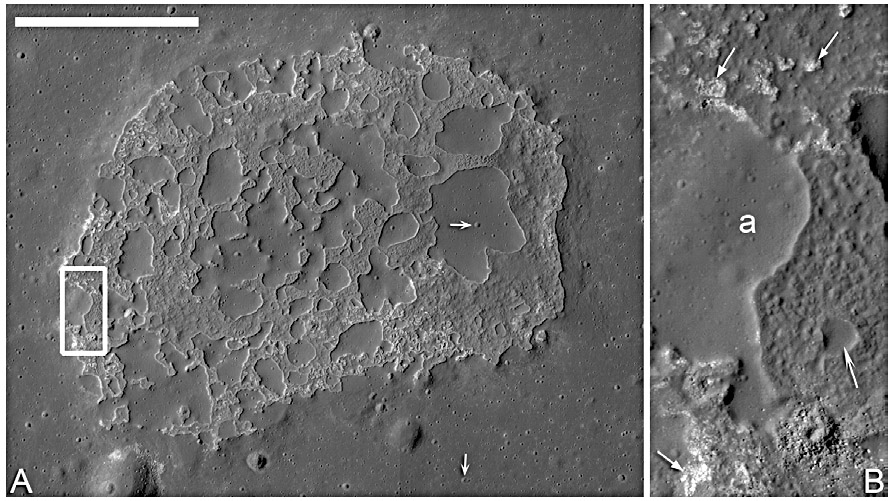 Ina is a peculiar sharp-edged depression on top of a low rise. Ever since it was sighted by Apollo astronauts it has been thought to be some sort of volcanic manifestation. In 2006,Pete Schultz and colleagues proposed that it must be unusually young because its delicate details would have been toppled by normal small scale impact if it were billions of years old. This was exciting because it would be evidence that the Moon is not completely dead. Now comes a report from Mark Robinson and the LRO camera team that Ina is perhaps as old as nearby mare material. Their results are based on crater counting on images from the LRO Narrow Angle Camera images, which have ten times better resolution than previous Apollo images. There are two different units within Ina - smooth and general flat material that surprisingly is higher than than the rougher unit. The smooth unit has as many tiny impact craters as surrounding mare lavas. There are fewer craters on the rougher terrain and it is younger than the smooth material, but still much older than Schultz thought with lower resolution images. No one knows for sure what caused Ina and its two terrains. The sharp edges and roundish outlines of the smooth plateaus are clues, but their interpretation is uncertain.


Yesterday's LPOD: There is No There There