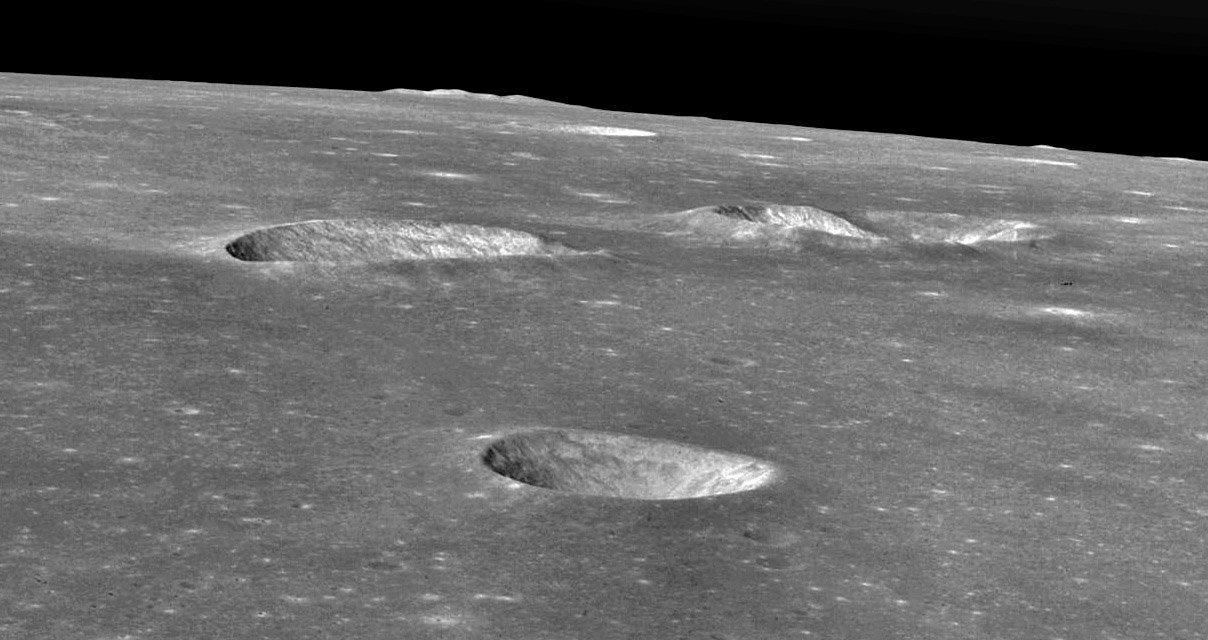 Messier (left) and Messier A were created by a riccocheting near-grazing impactor. This image looks like it was taken by a similar incoming projectile and it almost was except it was a pioneering spacecraft in low lunar orbit. This is one of the wonderful, often overlooked images from the Apollo 10 mission that did everything but land 40 years ago this month. The raised rims of all the craters are quite prominent, and it's easy to see that the rims in the uprange/downrange directions of Messier are lower than those in the opposite directions. Notice the faint butterfly rays coming out of Messier to the right, and the edge of them on the left. At this low viewing angle we can only see a little of the downrange secondary lip of Messier A. In the foreground, Messier B is seen to be a normal simple crater with raised rim and steep inner slope that awaits someone to slide down. There is a consistent boundary between uppermost light material and deeper dark stuff. I assume the light material is the pulverized basalt ejecta that makes up the rim, and the darker material is the less altered mare basalt.

Technical Details
I found this image, and may others, while savoring the newly published Apollo 10 Flight Journal by David Woods, Robin Wheeler, and Ian Roberts.