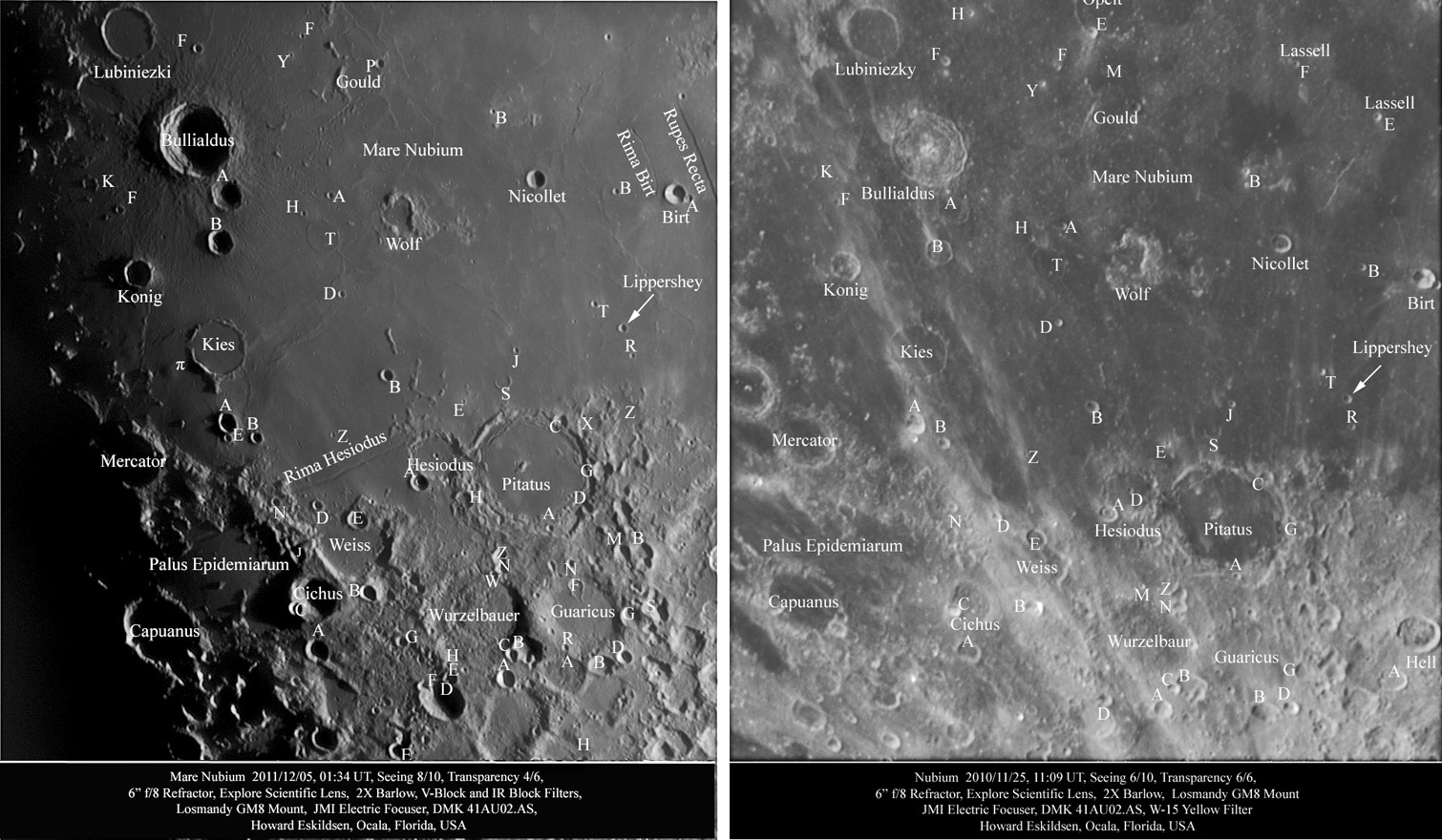 I think it was the Atlas Photographique de la Lune (1896-1910) by Loewy and Puiseux that first published photographic sheets showing the same area of the lunar surface under multiple illuminations. In 1903 Pickering did also did it in his The Moon, but perhaps no one else did until 1960 when two noteworthy atlases of vastly different scale appeared. The Kuiper et al Photographic Lunar Atlas arrived in a hefty red cardboard box weighting many pounds, inside of which were folded dining room table size sheets of paper, each containing four large views of a region on the Moon; sometimes a fifth single sheet was included. Perhaps it isn't surprising that this modern and influential atlas has not been digitized and made available online. Also in 1960 with little fanfare nor remembrance a Photographic Atlas of the Moon came from Miyamoto and Matsui of the Kwasan Observatory in Kyoto. At that time when some people fawned over the Soviet Union space program and seemed to despise the US a prominent British lunar observer claimed that this pleasant little Japanese atlas was better than Kuiper's giant effort. That was ridiculous but the M&M atlas was handy and had good enough resolution to be useful - it was where I first saw the Schiller-Zucchius Basin. Alter's Lunar Atlas of 1964 (Dover edition of 1968) also had multiple images of each region, as did Viscardy's massive Atlas- Guide Photographique de la Lune of 1984. Finally, Kuioer's Rectified Lunar Atlas and Consolidated Lunar Atlas also had four or more photos taken under different Sun angles. As did the most convenient atlas, The Hatfield Photographic Lunar Atlas (my version is from 1999). What do all of these have to do with Howard's two pictures? His are labeled - both of them with names and lettered features. Many of the photographic lunar atlases aren't labeled and none identifies features on high Sun views. Howard's images - two sheets from a future atlas? - are the best there is for identifying features during Full Moon.


Yesterday's LPOD: Another Off the Beaten Track Place