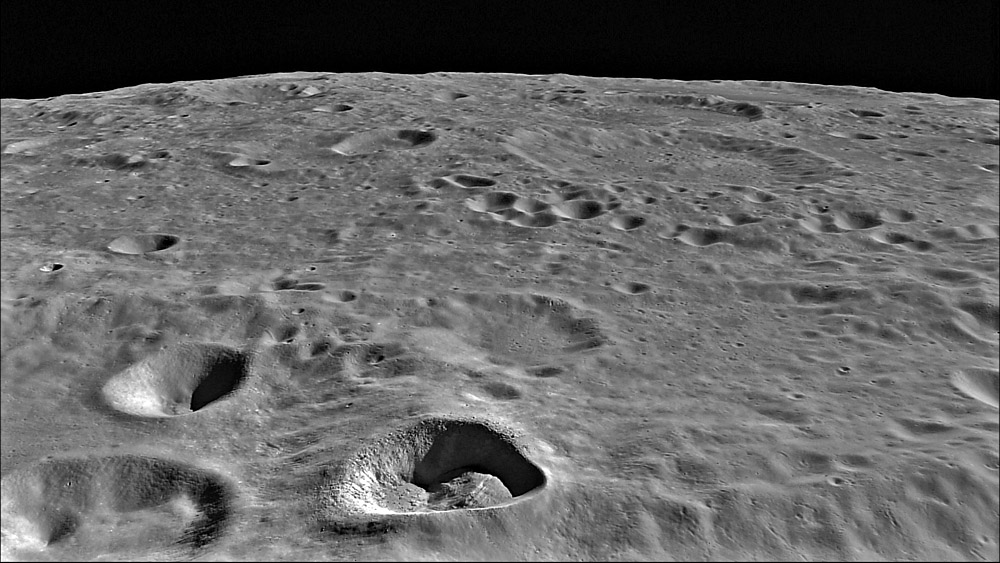 In 2005, a 17 km wide bright farside crater was named for my friend Graham Ryder. No one paid much attention to the crater, although the Lunar Orbiter image shows asymmetric rays suggesting that it was an oblique impact with the projectile coming from the southeast. The Clementine image that I never looked at until today shows that a scallop notches the southeast rim, as is common in the uprange direction of oblique impacts. This Kaguya HDTV image provides much more information. It reveals that Ryder is a fresh crater whose rim is littered with boulders on all sides except the southeast (right side), and an impact melt pond fills part of the floor. Most remarkable is the large tilted block inside the crater on the southeast side. I call it tilted because of the diagonal layers exposed on the right side. Is it possible that this is horizontal layering in the crust that was exposed as a block rotated away from the newly formed rim, creating the scallop? There are very few layers exposed as clearly as this on the Moon - I hope Ryder will soon be a target for the half meter resolution Lunar Reconnaissance Orbiter cameras!