Difference between revisions of "March 3, 2020" 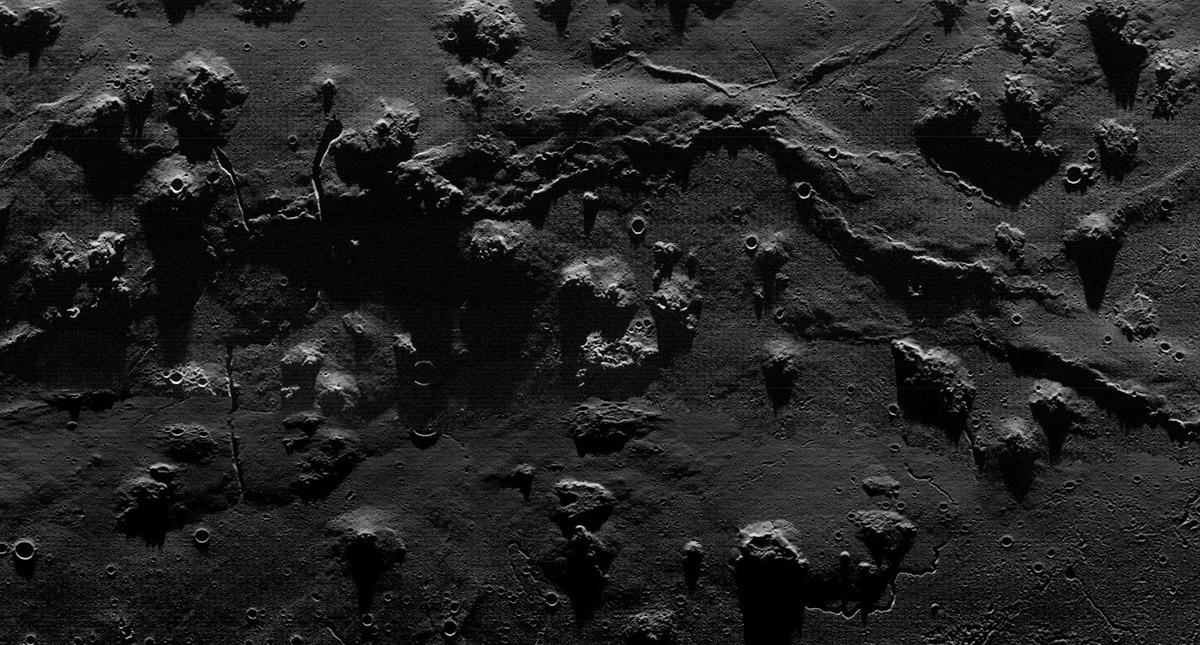 image by LRO WAC North is to the left.

This is the Marius Hills from LRO's Wide Angle Camera. It is a true wonderland of volcanic lunar topography! The Marius Hills are a volcanic region with many cones and domes visible even in a small telescope as blisters on the surface of western Oceanus Procellarum. It was considered for an Apollo landing site but rejected in favor of Hadley Rille and Cayley-Descartes. If there was an Apollo 18 and 19, perhaps we would now have sitting in the sample vaults at JSC Houston Curatorial Lab, rocks from this facinating region, which may have turned out to be some of the youngest rocks returned. However this was not to be. The Marius Hills region sits on a raised area that is visible in the LOLA altimeter data as being higher than the surrounding mare in Oceanus Procellarum. Perhaps caused by a rise of magma from below, up-doming the mare crust causing fissures that allowed the escape of lava forming about 300 small volcanic cones. But since Apollo missions did not venture there in the end, perhaps the secrets of the Marius Hills wonderland will be unlocked by remote sensing studies by amateurs and professional lunar scientists with all this new lunar data now available.