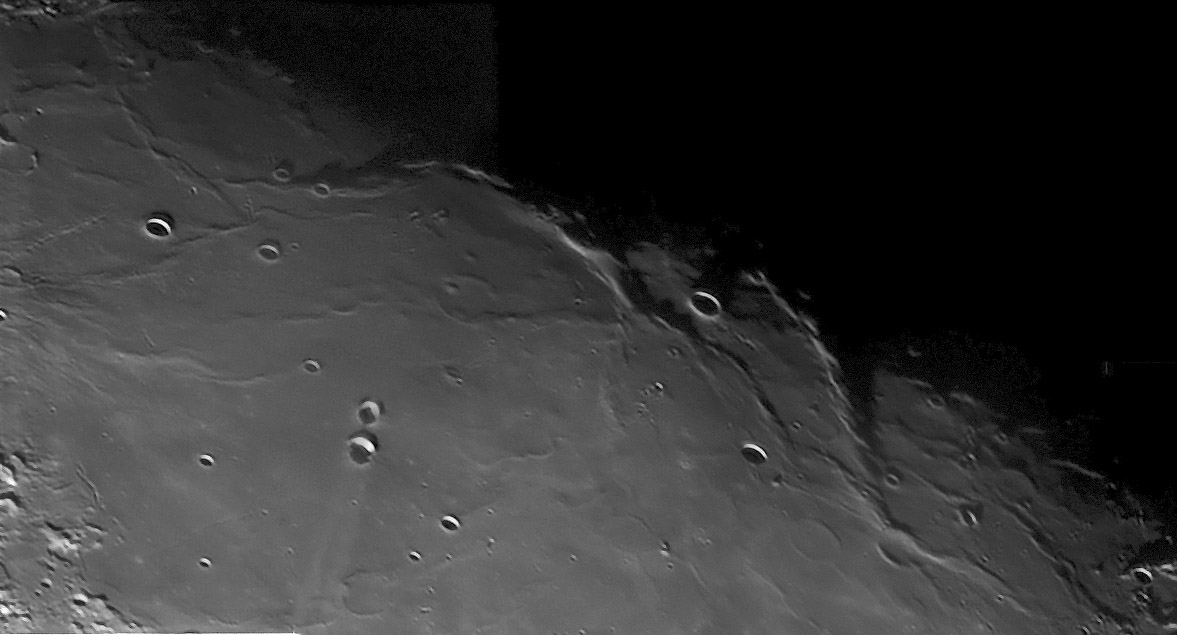 Photoshop out Messier and its A and this region would be nearly unidentifiable. The mare of Fecunditatis has massive but little known ridges, and little else. The ridges show no obvious evidence of being inner rings of an impact basin - if there is an ancient basin filled by Mare Fecunditatis little structural evidence for it remains. The impact crater Ibn Battuta is the sole oddity because it was surrounded by lavas that rose to its rim crest but stopped before flooding into the crater.

Chuck Wood
This image was found on the LPOD Photo Gallery.
Waiting for the first Chilean miner to appear above ground...