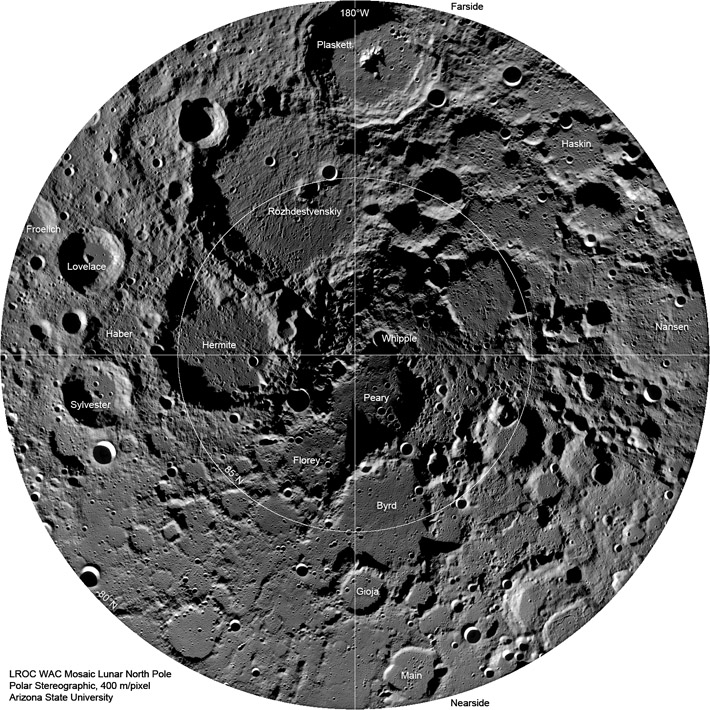 The Wide Angle Camera of the Lunar Reconnaissance Orbiter is producing wonderful new mosaics of the entire surface. A South Pole view recently appeared, and here is its companion from the opposite pole. This is a significant improvement over the existing Lunar Orbiter mosaic. It includes names of the larger craters but some of the smaller, more recently named ones don't appear. The most spectacular crater - Plaskett - is over the top, invisible on the farside, but I always feel a sense of accomplishment in recognizing Challis and Main and then on to Gioja and Byrd. Some of these polar craters contain ice deposits on their permanently dark floors, but visual observers see no evidence except the shadows.