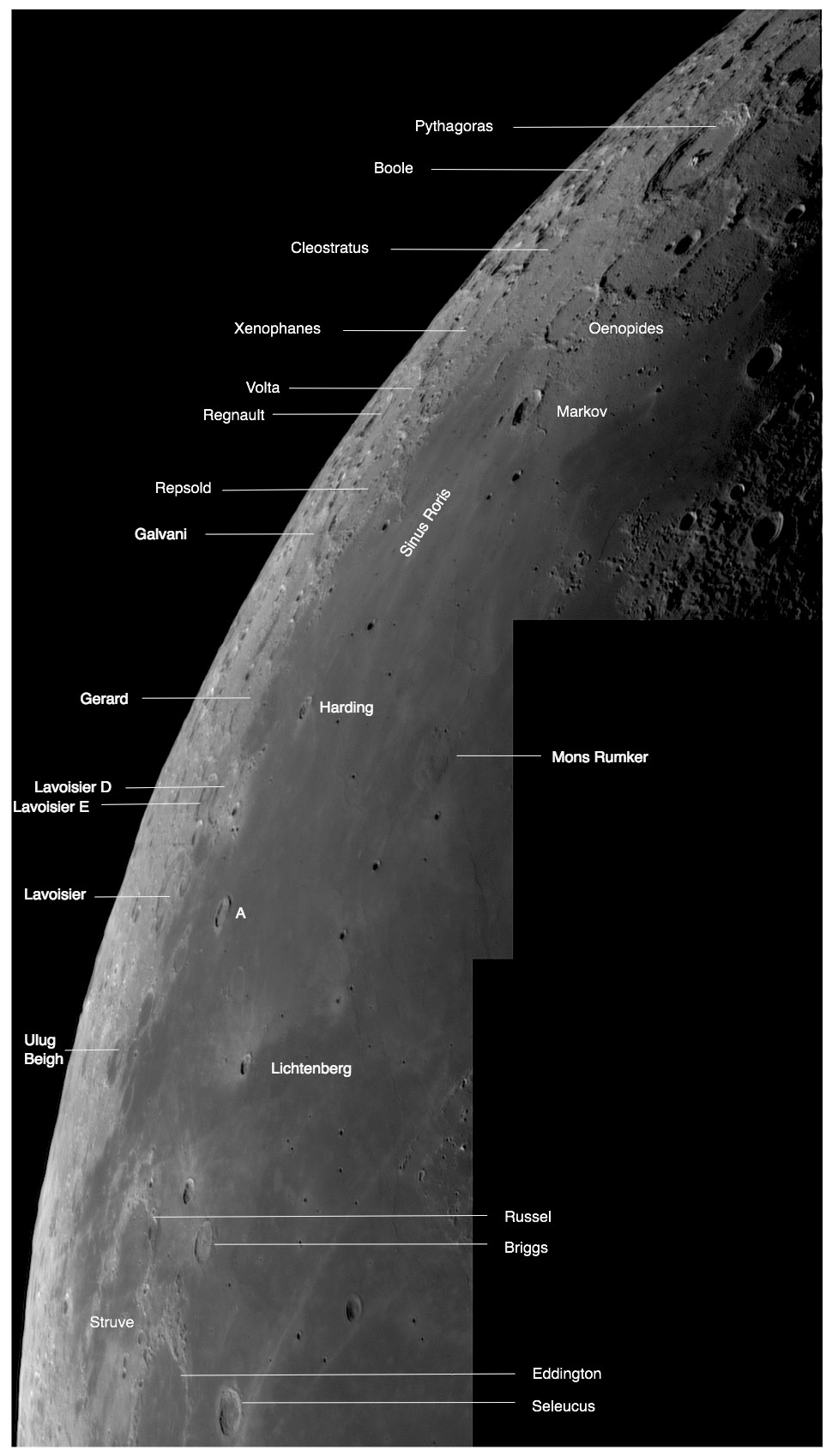 Do you think Regnault is a French car, Xenophanes is a summer telescope meeting, and Ulug Beigh is the way your stomach feels after a night out? Guess again. They are all infrequntly seen craters on the the lunar northwest limb. This could be called the boring limb for there are no dramatic craters to attract attention. In fact, sometimes there are no craters at all, for libration rotates the nearside westward so much that Oceaunus Procellarum nearly reaches the limb. One of the most peculiar features in this area is the relatively straight albedo boundary south of Lichtenberg. This looks like a mosaic seam but it appears in other images and is actually on the Moon. But it is not a significant color boundary and seems unexplained.