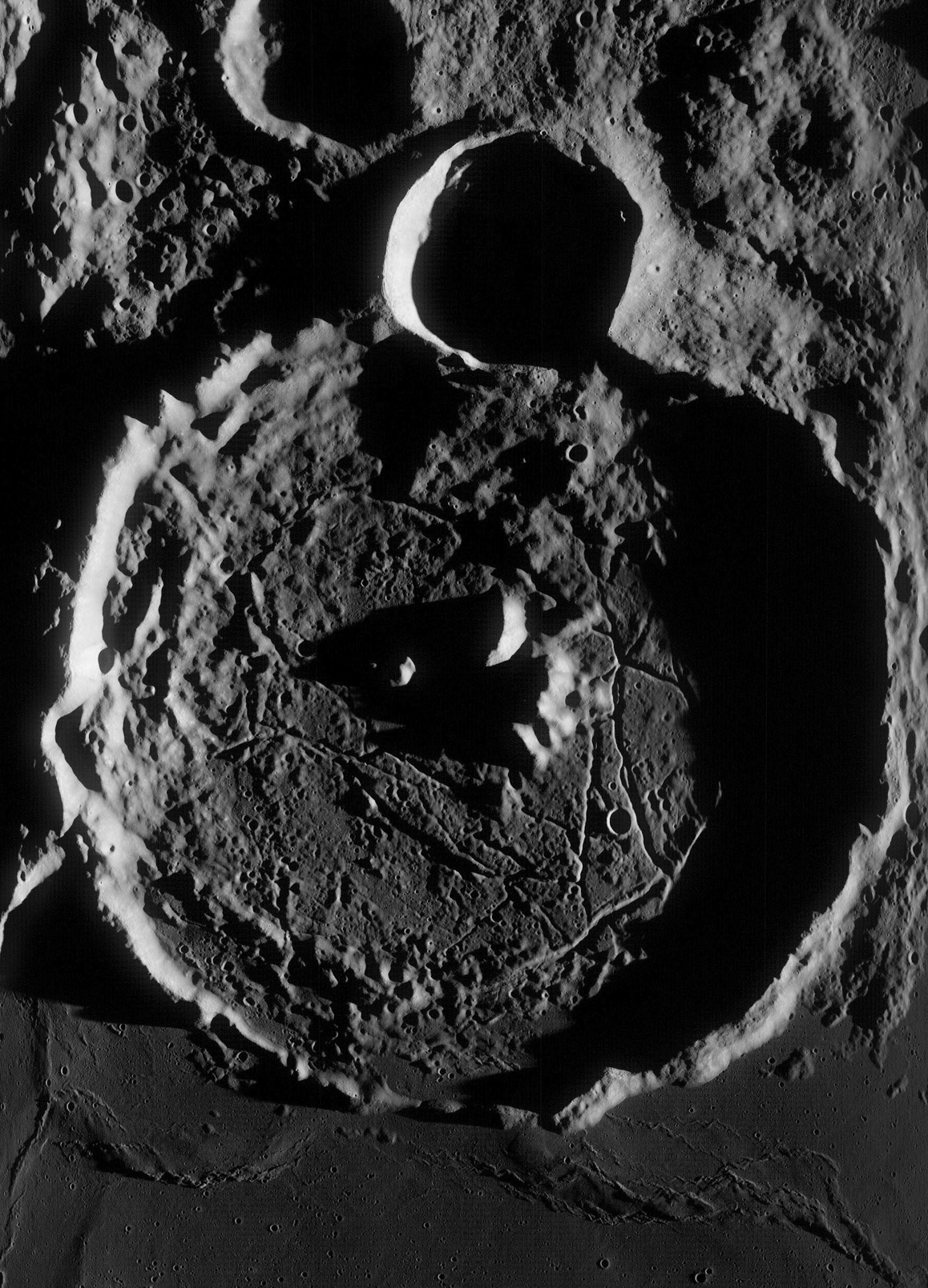 This is the crater Gassendi on the edge of Mare Humorum from LRO. It is a giant Floor-Fractured-Crater (FFC) or as I like to think of it, a giant version of a turtle-back crater, as FFC's are sometimes called. Gassendi is an impact crater 110km across, and was modified by volcanic action after its formation which caused it to become quite shallow in comparison to its diameter - only 2.8km deep. The fractures on its floor are most likely due to it forming on the rim of the Humorum basin and lava from the Humorum infill rising up inside Gassendi, filling it from the inside, and raising the floor which stress fractured the lava pond. There are some interesting braided rilles outside the south wall running across Mare Humorum at the bottom of the image, I wonder how they formed? They look to be linked to wrinkle ridges in the area. One even continues beyond the rim and carries on along the inside floor. There are also some small domes in the region south of the rim. In the center of the crater are a cluster of central peaks which were once considered for a landing site for Apollo 17. It was under mission planning consideraton because rocks from there could be used to date the Humorum basin and the Gassendi impact crater. It would also have put the spacecraft over Mare Orientale in daylight for the first time during an Apollo mission. But the roughness of the Gassendi terrain made it a little too risky for the last Apollo mission.

Below is a LRO/WAC color image of the central area at high sun elevation. The mare material is easier to see with the higher sun angles and seems more concentrated along the southern inner rim. It appears in this image the rim is breached, but in the above image it shows it is continuous - unless the gap is hiding in the shadows. Apollo Over the Moon book shows a possible breach in the wall in this area. Gassendi is another great crater to explore and wonder about and to try to work out what happened back in the early days of the lunar history around 3.6 billion years ago. 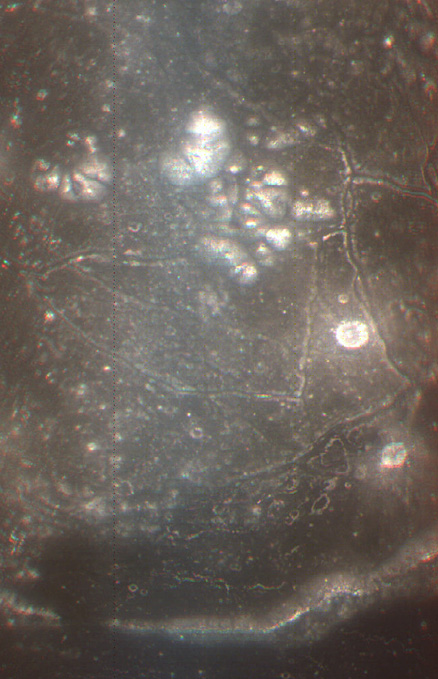