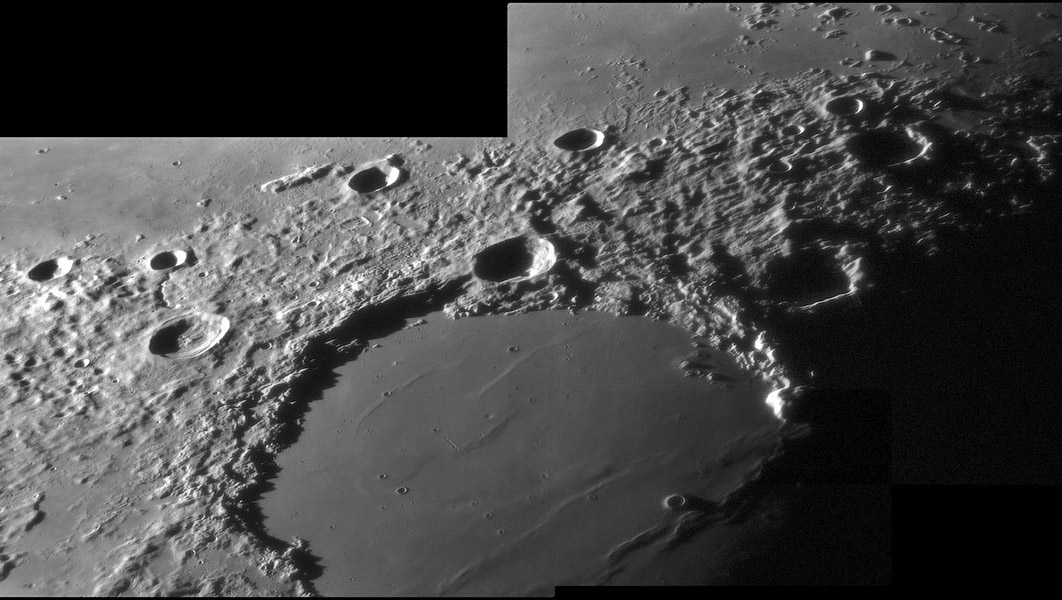 Sunrise and sunset on Sinus Iridum are spectacular sights for lunar observers. The half circle of the Jura Mountains makes a rugged backdrop to wrinkled lavas that fill the bay. The Jura is the remaining rim of a Clavius-sized crater that formed on the edge of the Imbrium Basin. Like Le Monnier, Fracastorius and other basin edge craters, it must have formed on an incline toward the basin center. Like Gassendi it stuck out into the basin, with a rim and ejecta deposits strewn across the basin floor. Because the Jura rim doesn't significantly decrease in height as it approaches the mare, faulting probably down-dropped the inner region of the basin, slicing the crater in half. Later, when mare lavas filled the basin, the lower side of the Jura crater was completely covered. The northern area beyond the crater also subsided into the Frigoris trough, with those lavas covering the Jura crater ejecta deposits (as they did Plato's). The Jura crater is only a remnant of its former self.