Symbolic Image of the Year 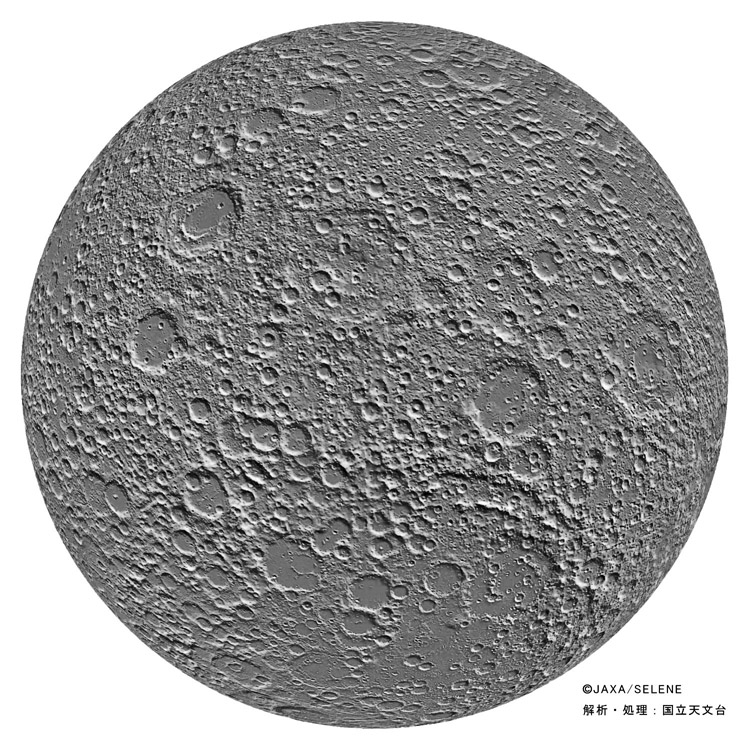 During 2007, 2008 and 2009 a new generation of lunar probes was launched, and in 2009 we really began to see the significant new data and discoveries from them that will transform our understanding of the Moon. This topographic image map (full size in the May 1 LPOD) based on 6 million altimeter pings from the Japanese Kaguya spacecraft symbolizes the new era. Until this image appeared there did not exist a homogeneous depiction of the lunar farside. During 2009, Japan and the USA started releasing significant amounts of new data, and major data releases are coming from both Kaguya and LRO. Just as with most past missions (for example, Lunar Orbiter, Apollo and Clementine), once data sets are made public, new discoveries will occur that the original investigators never considered. I am sorry that China and India have apparently followed ESA's SMART-1 policy and have sat on their data. It is unfathomable that hundreds of millions of dollars were spent on apparently successful missions but that the vast majority of data is still unavailable and unanalyzed. Or to quote myself: Apparently it is easier to send a rocket to the Moon than to know what to do with the data. Let's hope that 2010 will bring many new spectacular images from spacecraft and from the hundreds of LPOD contributors who fly nightly missions from their backyards and promptly share their glorious results. Happy New Year!