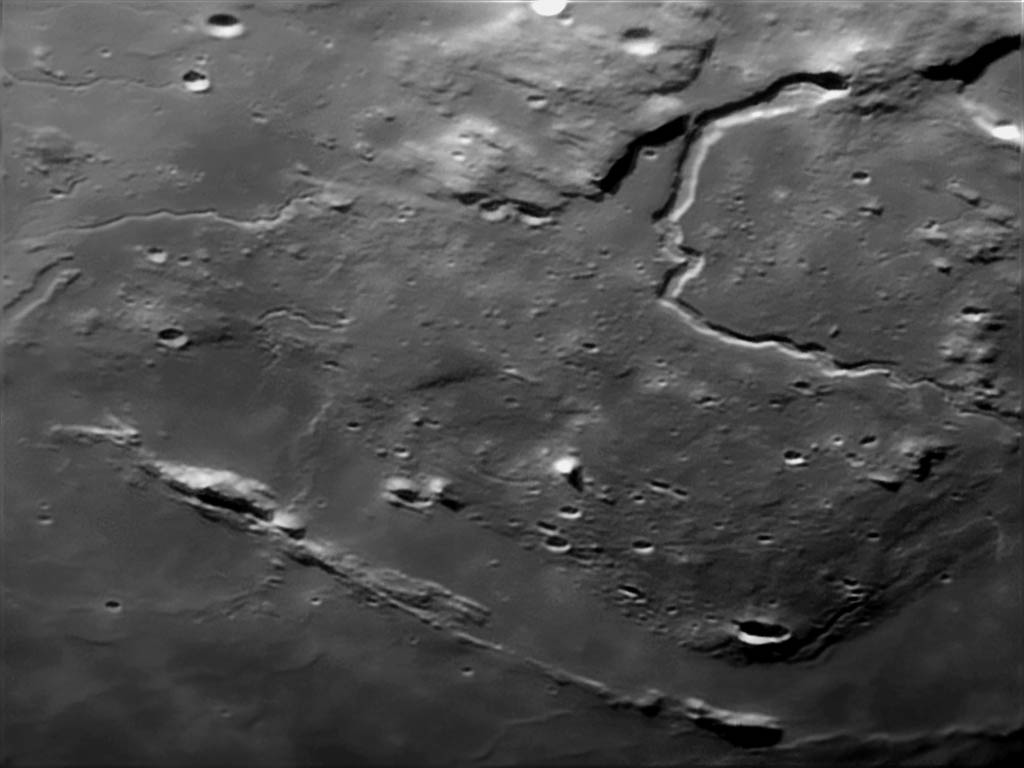 Why does Herodotus Peak exist? I am not looking for an existential answer but a geologic one. Most landforms on the Moon are related to impact cratering, and a lesser number are due to volcanism associated with basins, the biggest craters. But Herodotus Peak - the small bright hill with a conical shadow near bottom center - doesn't appear to be part of a crater nor of a volcanic landform. It occurs near the northern edge of the Aristarchus Plateau, a region that is believed to be uplifted and coated with pyroclastics - volcanic ash - erupted from the Cobra Head, visible near top-right. Two smaller peaks are nearby to the left. It is not clear if these peaks are related to the Herodotus mountain, but since there are no other conspicuous peaks it seems likely that they are. The three peaks don't suggest an otherwise buried crater rim, but the two could be left behind pieces from the mountainous eastern end of the Agricola Mountains, if those mountains had previously been adjacent to the edge of the Plateau and somehow moved away. But if so that still would not explain the peak of Herodotus. Is it the most mysterious mountain on the Moon?