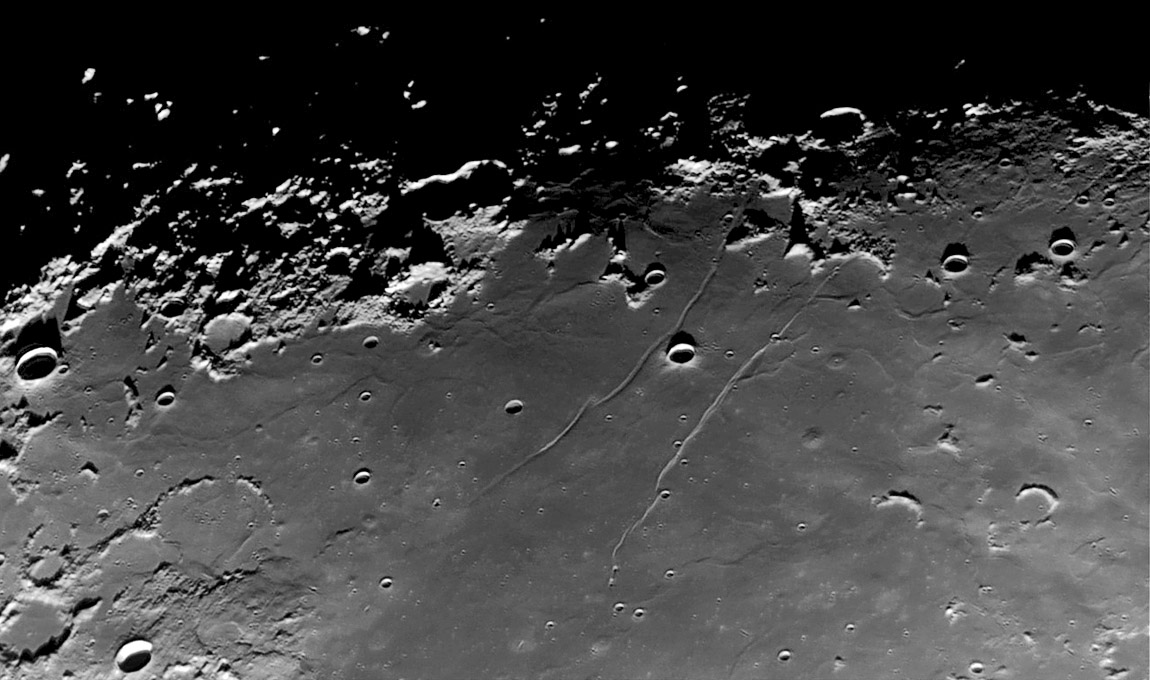 This is one of the most interesting areas on the Moon if you have a large aperture telescope and good seeing, as Philippe did at Pic du Midi. The reason most people look here are the crustal fractures - looking like the number 11 - on either side of the nearly 11 km wide Cauchy crater. The fault, which reflects sunlight here, is the second best known one on the Moon. According to measurements by the Geologic Lunar Research group, the Cauchy Fault rises 340 m above the lunar surface. Philippe captures the rarely seen small rille-like feature near its center. I observed this rille with a Kitt Peak 16" back in the early 1960s, but looking at it on the LRO QuickMap makes its origin less certain. The Cauchy Rille is a stardard flat-floored rille or graben but it is a mystery why it looks like a mirror image of the fault. The northern end of the rille points towards a line of small domes and beyond them to the Gardner Megadome with a possible caldera at its summit. Tau and pitted Omega are two better known domes south of the fault. Many other small domes are in this image, and I've just noticed a possible larger dome or swell in the upper right corner next to the crater Taruntius F. Finally, also notice the crater chain-like rille that goes from the swell towards the corner.

Related Links
Rükl plate 36
An excellent view of this area under opposite lighting - and with nomenclature.