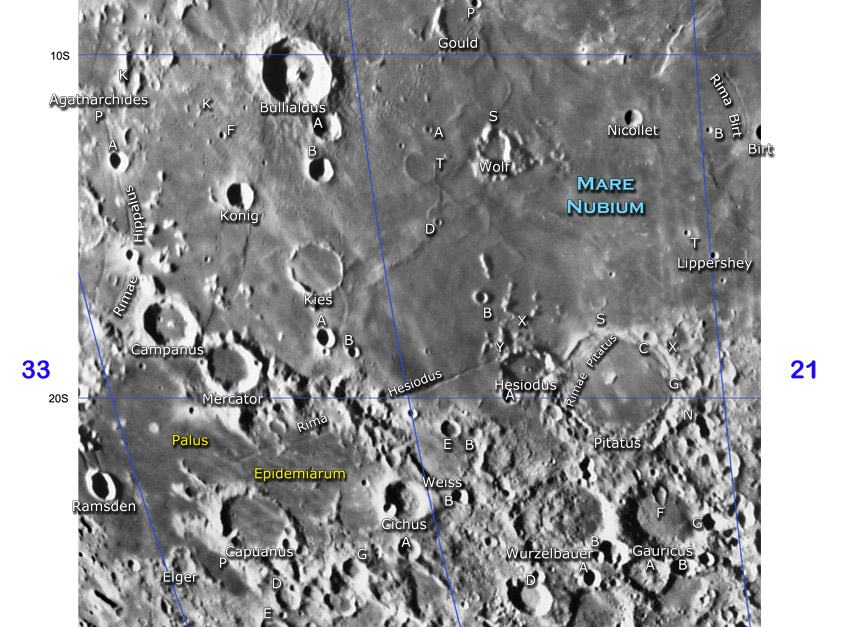 excerpt from Plate 27 of the Lunar Field Atlas

Many, many lunar maps have been drafted over the last 400 years, and dozens of photographic atlases have appeared. The Moon seems to demand to be depicted, its vast number of details need to be ordered, and names and designations require careful placement. Some recent image atlases have been constructed by skilled amateurs, and here is the latest. Frederick Dase has previously prepared log books and finder charts for observers of galaxies, star clusters, Messier and other objects, and now he has created a digital lunar atlas freely available in correct image, mirror image and inverted image formats. He mosaicked together 96 images from the Consolidated Lunar Atlas and then broke the mosaic down into 38 sheets, and added names, letters and a 10° lat/long grid. You can download a pdf version to print out, and an interactive version to use on your computer. Thanks to Frederick for this new lunar atlas!